When the fourth generation series of Transit models was introduced in 2013, Ford separated out its Transit offerings in the medium and large LCV segments. The medium sector, going forward from this date, was served by the newly-launched Transit Custom design, while the larger class was addressed by the LCV we look at here, the two-tonne Transit model, the largest design in the Blue Oval brand's commercial vehicle portfolio. Operators may be surprised at this big van's efficiency, but the tough usability it offers will be as familiar to Transit users as ever. It is, in short, a very complete commercial vehicle indeed. And if you were shopping in this segment looking for a large van made in the 2014-2019 period, you'd have to consider it.

Think of a large-ish van and it's a pretty sure bet that you'll be thinking of a Ford's Transit. By 2013, this model line had over 7 million worldwide sales on the board, which made the Transit the Blue Oval brand's third best selling model. So successful has the Transit been across Europe that its very name has almost passed into our language, a byword for van versatility with a history that goes all the way back to 1965. Of the many Transits produced since then, an astonishing 700,000 are still pounding global roads. Not many of these are originals of course, that version facelifted in 1978 before a complete redesign in 1986 was then further updated in 1994. A lot more common though, is the Transit introduced in 2000, one that featured a choice of either front or rear wheel drive for the first time. Ford fundamentally re-styled it in 2006, then added more efficient Euro5 engines four years later. Which brings us up to date and the 2-tonne post-2013 model we're considering here. In that year, it took its place as the largest, the heaviest and the most capable member of a Transit line-up that by then included four completely separate designs covering every segment of the light commercial vehicle market. These ranged from the small Transit Courier through the compact-yet-spacious Transit Connect to the medium-sized Transit Custom model that freed this flagship 2-tonne version up to focus on really large loads. This 2-tonne top Transit was 11% more spacious than the biggest version of previous generation model, which made it big enough to be the first large Transit to be sold in North America. With this design, Ford promised operators best-in-class efficiency, significantly reduced maintenance and repair costs, exceptional driveability and smart load space features. This LCV sold in its original post-2013 form until mid-2019, when it was significantly updated. It's the 2013-2019 versions of this model we check out here from a used buyer's perspective.

It might help to understand the styling of this post-2013 two-tonne Transit if we tell you that it was the first Transit model to be sold in the USA, replacing the aging Ford E-Series. Hence the adoption of the more striking, contemporary front end that featured on this design, with its high-tech headlamps, a look featuring plenty of the Blue Oval brand's 'Kinetic Design' cues. Deep rubbing strips extend their protection to the rear wheel arches so as to lessen the risk of the sides collecting minor scrapes. And the indicators are now prominently displayed on the wing mirrors, though urban users might fear the way that makes them more prone to damage. Inside, build quality from the Turkish factory seems strong and was here blended with much more of a car-like ambience than was the case with this model's predecessor. There's a much smarter instrument panel than that previous design offered, along with plusher trim and materials than you'd expect from a van. As for the cargo bay, well the different roof heights, along with your selection between short, medium and long wheelbases, will also of course determine your load space volume. Go for a typical H2 Medium Roof panel van variant for instance and you get 10.0m3 of capacity with a L2 Short wheelbase version - or 11.5m3 with the L3 Medium wheelbase variant. If you're likely to be transporting bigger loads regularly though, you'll probably be more interested in the H3 High Roof body shape. Here, you can expect 11.2m3 with the L2 Short wheelbase and 13.0m3 with the L3 Medium wheelbase. The biggest van of the bunch is the huge 'Jumbo' version, which uses that H3 High Roof and mates it with the L4 Long wheelbase to deliver as much as 15.1m3 of load volume. 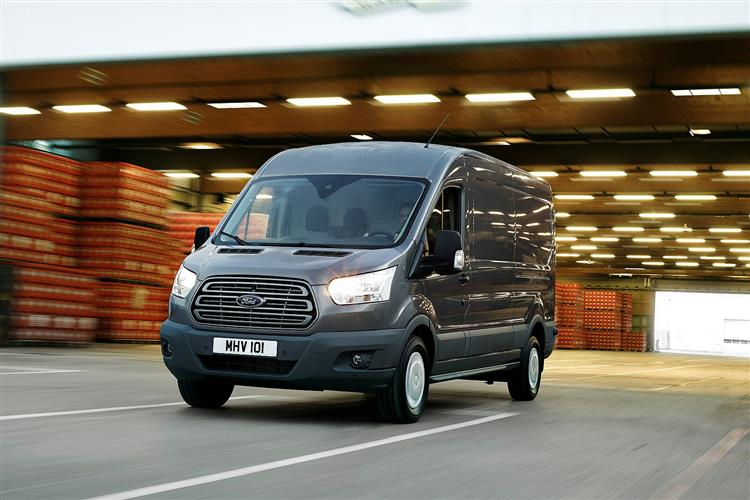