Volvo's second generation XC90 was worth the wait, a seven-seat luxury SUV that gave key rivals like Audi's Q7 and the Land Rover Discovery a lot to think about. Safe, efficient, clever, practical and stylish, it re-established the Swedish maker as a credibly prestigious automotive brand. And it makes a great used buy in its pre-facelift 2014-2018-era guise.

Back in 2014, Volvo launched the second generation XC90, a family-sized luxury seven-seat SUV for a very different world. For the Swedish manufacturer, this wasn't just a new car: it represented an entirely new way of thinking. Chinese conglomerate Geely paid $1.3 billion to buy the brand from Ford in 2010, after which they invested nearly ten times that amount to re-establish it as a credible independent force in the automotive industry. With this MK2 XC90, buyers saw the first fruits of that capital injection, this model being the first of the company's modern-era designs to feature the newly-develop Scalable Product Architecture platform that has since featured on all of the company's cars. Absolutely everything about this car was fundamentally new at launch and was engineered to set fresh class standards. On top of that, there's the sort of proper full-sized seven-seat versatility that few rivals can credibly offer and the kind of cool, authentic Scandinavian charm that back in 2014, we hadn't really seen from a new Volvo in a very long time. The original version of this MK2 XC90 was significantly updated in Spring 2019, but it's the pre-facelift version we look at here as a used buy.

The look of this second generation XC90, according to its exterior design manager Anders Gunnarson, needed to be 'timeless'. This car's a little longer than the previous version - and a little wider too - but that's been carefully disguised as part of a design brief to make the shape look as compact as possible. So many large luxury SUVs appear bulky and intimidating: this isn't one of them. Take a seat up-front and it really is very nice indeed, the work of Volvo's British interior design director Robin Page. He's created a cabin that's simple, elegant - and very uncluttered, with only eight buttons on the fascia. The remaining functions you'd normally access through confusing rows of little switches on the dash have been relocated into menu options that lie behind the big, easy-to-use icons you'll find on a smart infotainment colour touchscreen that's presented portrait-style on the centre console, like the system you'll find in a Tesla Model S. We like the technical niceties too: the CleanZone interior air quality system for example. This automatically switches to recirculation mode if outside conditions change - say in a polluted city centre or when you enter a smoky tunnel. The 360-degree parking camera system is another nice-to-have feature, including a rear camera you'll want because over-the-shoulder visibility isn't all that great. Your middle row passengers are well catered for, with individual seats that slide and recline for greater comfort on longer journeys. And you get proper seven-seat functionality. Third row seating in a car of this class tends to be designed only for children but here, Volvo has created rearmost pews suitable for anyone up to 5ft 7-inches in height. Getting to the back row takes a bit of muscular dexterity, but once you're installed, it is, as promised, surprisingly comfortable in the very back. The chairs themselves are exactly the same as those in the middle, so you're not fobbed off with the kind of fold-out occasional seats you get in some rivals. And they're positioned in so-called 'theatre-style', slightly raised and set inwards to offer a better view in your direction of travel. As for the boot space on offer, well that's inevitably going to be a little restricted with all seven seats in place, though even in this configuration, you still get 397-litres of luggage space. Most of the time though of course, you'll probably be running the car with the third row chairs folded down, the retracting process much easier than the back-breakingly fumbly machinations you have to go through in a rival Land Rover Discovery to achieve the same end result. Once that's completed, there's a lot of room to play with, 775-litres if you load to the window line and as much as 1,102-litres if you load to the roof. 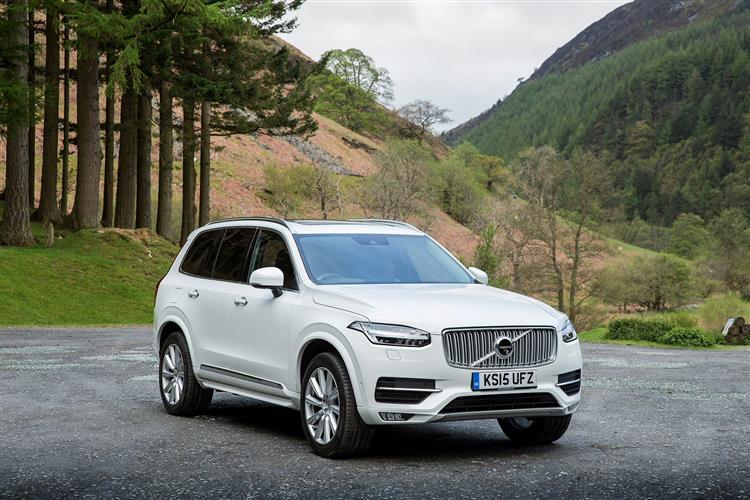