This seventh generation Vauxhall Astra, launched in 2015, was smarter, lighter, cleverer and more efficient. Once merely an ordinary family hatch, this model line revitalised itself in this 'K-Series' form. Here we look at earlier versions of this design from the used car buyer's perspective.

According to Vauxhall, over a quarter of all British drivers have at some point either owned or driven an example of their Astra family hatch. A pretty significant car for our market then - and never more so than in its seventh generation 'K-Series' form, launched in 2015. The fact that so many of us have sampled an Astra might be an interesting stat but it disguises the fact that despite Vauxhall's best efforts over six different generations and nearly four decades, their family hatchback contender has rarely been the one its users would ideally have chosen to own. Not because it's ever been a bad car: just never a class-leading one. In the past, it was the kind of model you bought because it was good value. Or more likely, because you were given the keys by your company Fleet Manager. What was missing was that 'want one' factor. To try and deliver it, the MK7 model design team massively reduced this car's weight, engineered a fresh generation of frugal engines and installed in this Vauxhall a level of personal connectivity that many luxury saloons of the era struggled to match. The original version of this MK7 model sold until mid-2019, when it was lightly facelifted and significantly updated with a fresh range of three cylinder engines. It's the earlier 2015-2019-era versions of this design that we look at here though.

Give this seventh generation Astra little more than a cursory glance and your first impression may well be that visually at least, it isn't very much changed from what went before. Look more closely though and a different piece of styling presents itself, leaner, lighter and more agile in appearance, just as was intended. At the front, the prominent Griffin badge marks the centrepoint of a chrome grille that flows seamlessly into the lights. Move to the side and you start to get a real feel for what the designers have tried to do with this car. For a start, unusually for a new generation design, it's slightly smaller than the old MK6 model, in both the five-door hatch guise and in Sports Tourer estate form, the other main seventh generation bodys tyle on offer. A far-reaching efficiency programme delivered us a shape that sees this hatch version 5cm shorter and 2.5cm lower than its predecessor, with shorter front and rear overhangs and the option of smaller wheels. In its own way, the up-front experience is just as surprising, the previous forgettable rental car-style cabin here replaced by a cleaner, simpler, smarter and more interesting design that some premium brands could even learn from. The centrepiece of the dash is a beautifully-integrated Intellilink infotainment screen which incorporates the usual DAB stereo, Bluetooth 'phone and informational functions. Get a car whose original owner included the optional satellite navigation system and the screen size increases from 7 to 8-inches. In the back, despite this 'K-Series' model's shorter wheelbase, there's a surprising amount of space, plus you get a usefully-sized 370-litre boot in the hatch. Need more? Then go for the alternative Sports Tourer estate. 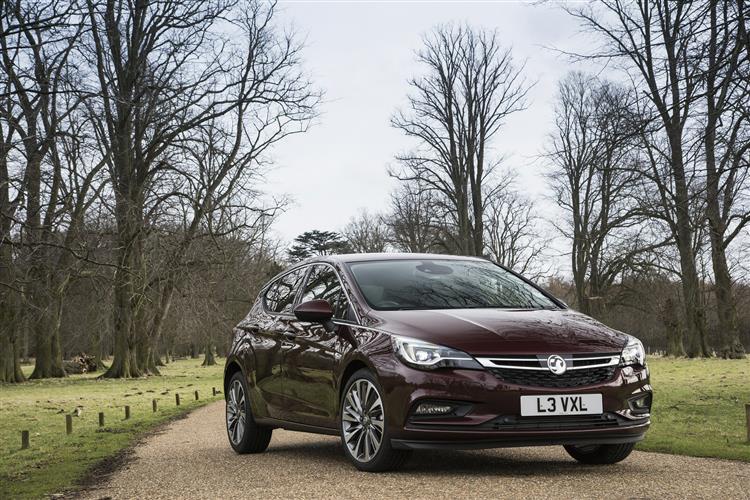