YOUR CUP OF TT? (some text hidden)

The third generation Audi TT Coupe looks little changed from its predecessors. Don't be deceived. It's a very different thing to drive, to own and to live with. Which is important. The TT is fundamental to many people's perception of what this brand really stands for. It has to be right. It has to be vorsprung durch technic. But does it make sense as a used buy? Let's find out.

The original MK1 Audi TT was launched back in 1998 when it really was the thing to be seen in if you wanted a small, sporty coupe or roadster. Style personified, it broke the mould and defined its brand - a concept car you could actually buy. And from a conservative mainstream maker like Audi too! It was hard to believe. Only when you got behind the wheel of the thing did doubts begin to formulate, the drive on offer far less compelling than the pretty bodywork. A Golf GTI in drag? Some cynics thought so. Stung by their comments, Audi tried again in 2006 with a second generation model that was lighter and steered more sweetly. Still though, something was missing. It was sporting to be sure, but a 'sports car'? People like us still hesitated to call it that. In late 2014 though, Audi said we were to hesitate no longer, then bringing us this MK3 version, the car that perhaps the TT should always have been. More than merely a glorified design study: instead, a properly engineered driver's machine. With respectfully updated design and boundary-stretching technology, it referenced its predecessors but dispensed with their conservative approach to driving dynamics. It was lighter, leaner, faster and sharper through the bends, plus the brand offered even more responsive quattro technology. In short, we were promised a car in which, for once, the looks wouldn't lie. It sold until late 2018, when a facelift version was announced. Here, we're looking at pre-facelift 2014-2018 Coupe variants as a used car buy. 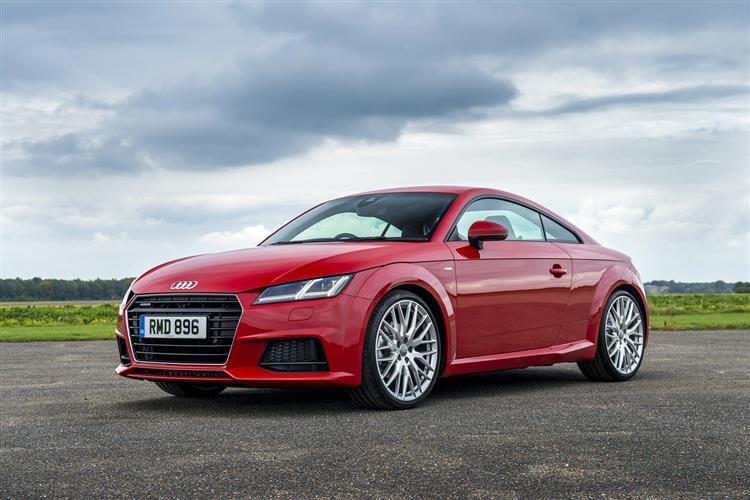