Peugeot's first generation 508 was improved in this facelifted post-2014-era guise, but its essential virtues remained much as before, with comfort, style and practicality all strong selling points. It's still not the most dynamic choice you could make in search of a used 'D' segment medium range model, but it's a consummate cruiser that in this updated MK1 form benefitted from extra technology and the option of a more efficient BlueHDi diesel engine. Both these things combined with the smarter styling to keep this saloon and SW estate line-up current until it was replaced in 2018. Does it stack up as a used buy?

Look back on the history of large Peugeots - say at the 403 model of the Fifties, the 404 of the Sixties and the 504 of the Seventies or the 505 of the Eighties - and you see the brand pursuing a 'one size fits all' approach to this segment. Core customers simply didn't need anything bigger. It was a strategy unwisely abandoned between the later Eighties and the modern era when 405 and 605 models (and later their 407 and 607 descendants) were launched to offer buyers separate 'large' and 'larger' alternatives in this sector. With the original launch of this 508 model in 2011, that idea was abandoned. Going forward, this would be the only option for those wanting a really spacious, comfortable Peugeot of the conventional kind. There weren't many people of that sort though - not in Europe anyway - so to try and improve 508 sales, Peugeot significantly revised this model in 2014 with updated engines and a smarter look for both the saloon and the SW estate, plus an upgraded cabin. In addition, there was a clever non-Plug-in diesel/electric hybrid RXH. It didn't make much difference and sales slumped until the second generation 508 model was launched in mid-2018.

We tend to expect something special of Peugeot in the styling department, a distinguished elegance that carries a bit of weight. The original 508 certainly had a very clean shape but it lacked that gravitas, that.. certain something that ought to differentiate a Peugeot from, say, a Ford or Vauxhall. To that end, this facelifted MK1 model got a smarter, more upright front grille with a central lion motif to provide a bit more visual clout, with chromed styling that was more assertive and added another 16mm of length to the front overhang. The bonnet was re-styled to be a little more handsome too, re-shaped to be more horizontal and give the car what the brand hoped was a more contemporary look. Lift the optional powered tailgate on the SW estate model and a 512-litre luggage compartment is revealed, which is a useful improvement on the 473-litre boot you get in the saloon variant. Good too, that there are practical touches, an optional load net and solid hooks for restraining straps there to ensure that your eggs don't end up merging with your Iron Bru. Take a seat behind the wheel and if you had experience of the original version of this car, you'll find that this improved model offers up a noticeable improvement in quality, with softer trim finishes and higher quality cloths. The main interior change though with the MK1 model update was the addition of a 7" colour touchscreen to the dash, the idea being to intuitively group together most of the vehicle's main functions and so reduce button clutter. 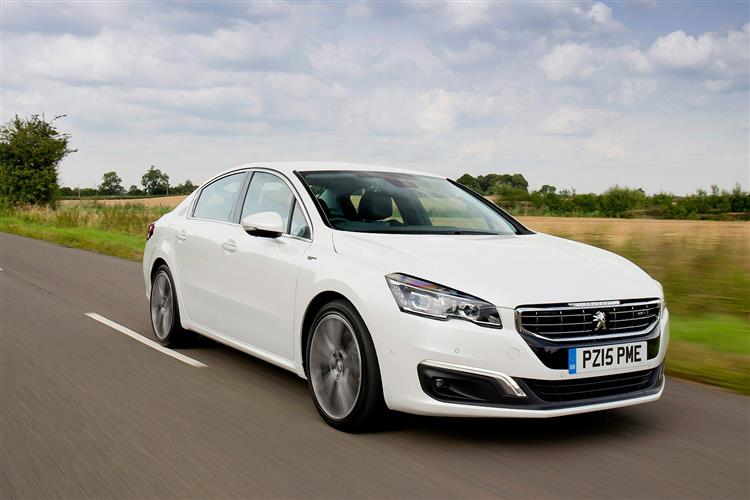