STEPPING OUT (some text hidden)

You're looking here at the first mainstream family car developed from scratch around both conventional combustion and Plug-in hybrid power. Few expected Mitsubishi to be first to market with such a thing but with this third generation Outlander 'D'-segment SUV model, the brand stole a march on many of its rivals and in 2015, aimed to consolidate its advantage by introducing improved versions of this car in both diesel and PHEV guises. Both are spacious and practical, the diesel variant is reasonably capable off road and the PHEV Plug-in model can even make its own kind of eco statement with supermini-style running costs. You can't ask much more from family transport than that.

The third generation Outlander SUV was the car that rejuvenated Mitsubishi's sales in this country. The reason why can be explained with four simple letters - 'PHEV'. Industry-leading Plug-in hybrid technology gave the Japanese brand an advantage over most of its rivals in this segment, in the 21st century's second decade giving the Mitsubishi marque a degree of notoriety in our market it hadn't had for years. After considerable initial sales success, this model was significantly revised in 2015. For those who didn't want to connect in to petrol/electric power - or wanted a car of this kind to have seven seats - then Mitsubishi continued to offer a conventional 2.2-litre diesel version. In the 2015-2017 period though, that diesel version was out-sold three-to-one by its more sophisticated Plug-in PHEV stablemate. Either way, the 2015-era revisions brought sharper styling, greater refinement, improved handling dynamics and a smarter cabin. Both these Outlander derivatives sold in this form until mid-2018. Then, the diesel engine was deleted from the range and replaced by a 150PS conventional petrol variant. And the PHEV derivative was substantially revised and given a gutsier 2.4-litre engine and more sophisticated electronics.

This improved post-2015-era third generation Outlander certainly looks a whole lot sharper than the original version of this MK3 model did. In place of the rather apologetic looks of that car, we were, with this facelifted model, treated to smarter, more confident styling exemplifying what Mitsubishi called its 'Dynamic Shield' design direction. That gave us a lower, leaner and wider bodyshape, yet one still continuing with the high flanks, the raised beltline, the uncluttered surfaces and the strong shouldering that originally defined this model. Behind the wheel, this revised model got a smarter 'black ash' dashboard, padded door panels and a stitched instrument cowl, all of it adding to the cabin ambience. The things commonly interact with are much better on this facelifted model too, with a classier silver-trimmed 'joystick'-style gear lever next to a handbrake that, rather surprisingly for such a futuristic car, is of the conventional kind. In the second row, there's reasonable space for two adults - or three at a squash, with the third person's cause aided by the way that the central transmission tunnel has been kept usefully low. And luggage space out back? Well in the five-seat-only PHEV model, there's 731-litres of space - only 50-litres less than you'd get in the diesel version with the luggage area chairs folded. If you need more space, then folding the second row backrest frees up 1.85m of floor length. The 2.2 DI-D diesel was fitted with a third seating row. Where fitted, these extra chairs are really only intended for children, but they are separate, properly-sprung seats with integral head restraints and reclining backrests. The diesel version featured a 781-litre boot, extendable to 1,608-litres if you folded the 2nd row seats. 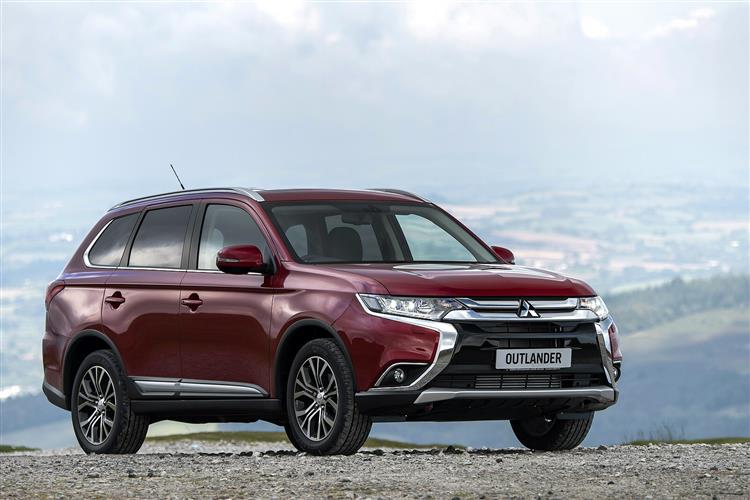