The fourth generation version of Vauxhall's Corsa borrowed much from its predecessor but still manages to mark a decent step forward for Vauxhall in the supermini segment. If you prioritise value, it's a decent used buy. Here we look at the 2014-2018-era versions of this MK4 model.

By 2014, the Corsa supermini was no longer Vauxhall's smallest model, but it was still the brand's biggest seller. Though this fourth generation Corsa looked much the same as a MK3 model whose history went back to 2006, it was - as advertised - fundamentally different, changed in all the areas that really mattered, with the underpinnings, the engine and the technology all new. There was a much smarter cabin too and buyers were promised a far better driving experience than any small Vauxhall had previously offered. An all-new three cylinder turbocharged 1.0-litre ECOTEC petrol powerplant was the headline engine, but there were also 1.2 and 1.4-litre units, plus a 1.3-litre diesel. In 2015, a 1.6-litre turbo petrol VXR hot hatch model was added to the range. In the early Summer of 2018, the line-up was slimmed down to the 1.4-litre petrol engine and the VXR was deleted in favour of a less manic 1.4 150PS GSI variant. It's the earlier, wider 2014-2017-era range we look at here though.

What You Getword count: 209

This MK4 Corsa's design is a mix of old and new. The 'old' is easily appreciated, for you'll immediately recognise this as a Corsa, given that the windows and the A, B and C pillars that surround them on this fourth generation model are pretty much identical to those of the old third generation version. There's much that was 'new' for this 2014-era design though. Every body panel is different from the previous MK3 car, most of the underpinnings were changed and there was a re-designed crash structure at the front. At the wheel, everything's of better quality than before, with soft-touch materials dominating the dash and decor elements dressed in rich satin chrome. Many of the major functions are grouped onto the 7-inch Intellilink infotainment colour touchscreen that dominates the centre of the dash and is smartly mounted in a high-gloss surround. In the back, this Corsa is much as it always was, remaining one of the more spacious superminis you can buy with plenty of room for two fully-grown adults - or three children - in the five-door model. Inevitably the three door body shape is a little more claustrophobic. Either way though, there's significantly more head and legroom than you'd get in a comparable Ford Fiesta. 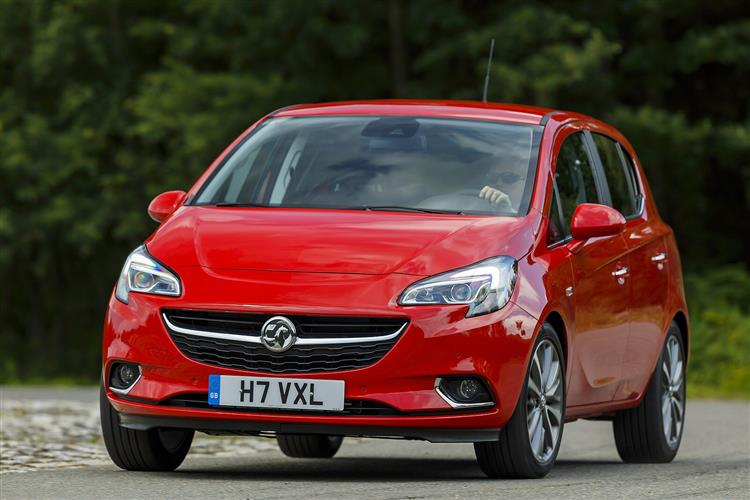