Think Ford Mustang and you instantly imagine Steve McQueen, desert highways and the American Dream. The Blue Oval brand finally started importing right hand drive versions of the 6th generation model in 2015, in both coupe form and convertible guise. Would you - could you - really justify one as a used buy?

American buyers have always been able to justify a Mustang. From the moment the original version was launched back in 1964, it was an instant hit and went on to be the fastest selling car in history, with more than one million examples finding homes in the first year and a half it was on sale. From then on, the 'Stang became an American institution - the muscle car all others were judged by, especially in the fifth generation guise launched in 2005. It was this version, styled to reflect the Sixties original, that reignited worldwide interest in this model, customers from around the globe soon queuing up to import it from the USA. Ford bosses took note. For years, they'd imagined the Mustang only as an American product, believing that other markets needed a less aggressive design of sports coupe - which is why this side of the Atlantic, we got models like the Capri in the Seventies and the Probe in the Nineties. Hopefully though, those kinds of coupes are now a thing of the past. Customers across the world have made it clear that they love the Mustang just as much as Yankee drivers do - which is why this sixth generation version was designed with international markets (and right hand drive) in mind from the very outset. That's why buyers over here were offered a 2.3-litre EcoBoost four cylinder engine option as an alternative to the big old 'Coyote' V8 you'd expect this car to have. It's also why this sixth generation model is 28% stiffer than its predecessor, with suspension that ditched the old leaf springs in favour of a much more sophisticated multi-link rear set-up. Plus all versions sold this side of the Atlantic got a 'Performance Pack' as standard that you offered bigger, stronger brakes, as well as extra cooling for the engine. Will it all be enough to allow you to justify this modern Mustang as an alternative to some of the best coupes and convertibles money can buy? Come on, let's find out.

You don't have to be a committed car fan to know what this car is. In fact, Ford is so confident in the global recognition this model enjoys that the word 'Mustang' doesn't appear anywhere on the bodywork. It helps of course that this iconic shape has been seen in so many films and TV shows, most memorably of course the 'Bullitt' movie and that car chase with Steve McQueen. This kind of instant recognition is priceless, explaining why Ford was so careful to keep the shape and style of the original 1960s model, while bringing it right up to date in this sixth generation guise. The Fastback coupe body style is iconic but the Convertible version has its followers too. This drop-top model's roof is fabric-topped and electrically-operated of course, but not quite as sophisticated as the hoods you'll find on European rivals. For one thing, you have to be going at an arthritically-slow pace to operate it on the move (it won't work over 3mph). And for another, you have to start or finish the activation process manually. So once you've pressed the button on the roof rail and waited 12 seconds for the roof to rise, it's necessary to twist a rather awkward latch to finally lock the thing into position. It's the same process to retract the roof again, which takes 10 seconds, though for the finishing touch, you have to get out and attach two side trim panels, which is a bit of a faff. Once you get comfortable inside, it's noticeable just how much space there is to move around. This is a bigger car than its rivals and you certainly feel that, helped by the way that the deeply cushioned six-way electrically adjustable leather seats are supportive but also luxurious and are easy to position for a commanding view ahead, though it's rather hard to see over the end of the long bonnet. Thanks to the long doors, access to the rear cabin is pretty good by class standards. You don't have to go through terrible contortions to get in and there's just about enough rear space for a couple of adults to sit in reasonable comfort over short journeys - at least in the Fastback coupe model anyway. Finally, let's deal with boot space. You might expect to have to compromise in this regard with such an out-and-out sportscar. Think again. True, there's quite a high loading lip and the opening is fairly narrow, but you can't argue with the amount of space on offer, given the inevitable limitations of a car of this kind. Even the Convertible model can swallow 332-litres of cargo, roof up or down. 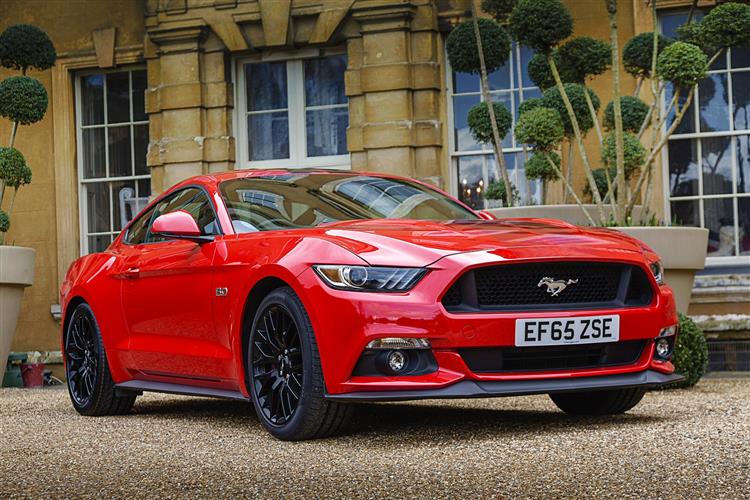