Nearly a century of Bentley history has seen the Crewe company bring us many legendary models. But the Continental GT has out-sold all of them combined, especially in this Coupe guise. And in second generation guise, it was focused as well as fantastically luxurious. Brutal performance, high-tech engineering and elegant design characterise this car's appeal. There's an efficient V8 to tempt Ferrari folk, with the continuing twelve cylinder engine prioritising laid back luxury. Sharper, smarter and easier to live with, it's the kind of car WO Bentley would have been proud of.

There's no doubting the importance of the Continental GT to Bentley. Over 50,000 examples of the first generation version were sold, a car launched in 2003 representing the first fruits of Volkswagen Group Bentley ownership. Since then, the 'Conti' has provided an entry-level point to ownership of this famous brand without diluting the exclusivity that makes the marque what it is. Primarily, it remains a Grand Touring GT, but one that has become progressively more dynamic over the years as Speed and Supersports variations have come and gone. Models that ultimately gave Bentley the confidence to complete this second generation version, launched early in 2011, a car that could become more focused than any that this legendary name had previously brought us. The first generation version was basically a very powerful, very luxurious long distance touring car with a sporting heritage. Which was fine if you were a buyer also considering a Mercedes CL or a Maserati GT. But perhaps less what you were looking for if your wish list covered supercars like Aston Martin's DBS or a Ferrari 599. In second generation form, Bentley hoped that both customer groups would be happy. Ferrari folk were provided with a newly-developed and powerfully eco-conscious snarling 500PS 4.0-litre V8. And more laid back land owners? Well, they can luxuriate in the top 567PS 6.0-litre W12 version, subsequently embellished by the addition of a faster 626PS 'Speed' variant. Either way, though the story here was similar to what went before, MK2 model buyers found that the plot had evolved with careful subtlety to create a much more satisfying ending. And a very desirable car indeed. A 'GTC' Convertible version was launched shortly after the fixed-top Coupe model that's our primary focus here. The Coupe sold until the replacement third generation model was launched in the Autumn of 2017.

You might assume from a casual glance at this third generation Coupe model that it's merely a minor facelift of its predecessor. You might assume that. But you'd be wrong. Nearly every exterior panel was changed to sharpen and modernise the exterior, but brand heritage is ever-present, the familiar power lines and rear haunches echoing the original 1950s R-Type Continental model. At the front, the classic Bentley matrix radiator grille is more upright than in the MK2 design, with a black gloss finish, a chrome frame and a red enamel Bentley 'B' badge if it cools a V8 within. The smart headlight design, with its traditional four-lamp format, has exquisite jewel-like detailing, including eye-catching, LED daylight-running lamps. At the rear, Bentley signature 'floating' LED tail lights extend around the corners of the wings, emphasising the car's width and purposeful stance. Again, there are subtle differences on the V8 variant, with a dark lower valance and chromed 'figure eight' exhaust pipes. Overall, it's a more assertive, more modern, more dynamic look, suggestive of the more important changes in place beneath the superformed aluminium skin. Chief Engineer Ulrich Eichhorn had little to do with the original version of this car but he's certainly set out to put his stamp on this one. There are larger wheels and not a single suspension joint has remained the same, with a wider track front and rear necessitating a body 40mm wider than before. But it's still the hand-finished interior you'll remember most. Tug open the long, heavy doors and you'll find it as gloriously appointed as ever. As before, you sit quite high in front of a dash styled to echo the wings of the Bentley badge. The chrome-bezelled dials are beautiful and everywhere you look are soft-touch leathers, exquisite wood veneers, cool-touch metals and deep-pile carpets, all individually crafted by skilled artisans at the Bentley factory in Crewe. Traditional touches - the 'organ stop' air vents for example - blend surprising well with more modern features like the hi-tech colour touchscreen infotainment system. The seats are thinner than those of the MK2 model - though no less comfortable - mainly because the previous integrated belt mechanism was here replaced by one that hands the buckle to you over your shoulder once you're seated behind the wheel. Much nicer. And because of those thinner front seats, this cabin became a more inviting place for rear seat occupants, who have slightly easier access to a back seat that here affords an extra 46mm of legroom. It still won't be ideal at the back for anyone over six foot in height though. Out back, there's a 358-litre boot that original owners could extend with a ski-hatch by opting for the extra-cost 'Touring Pack'. What To Look For 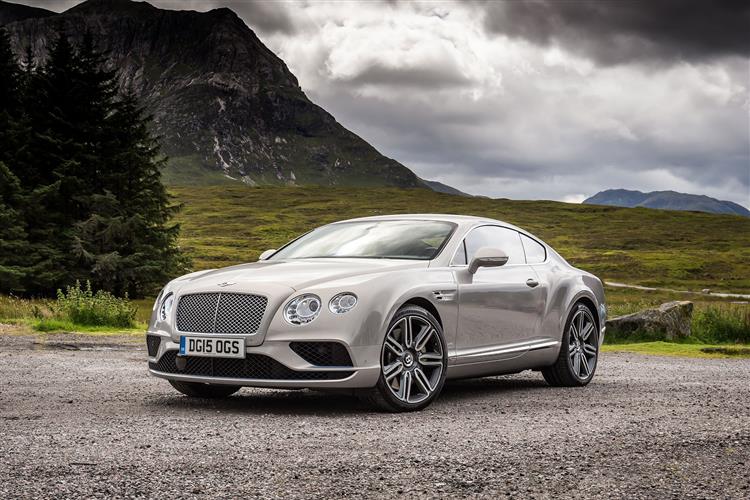