THE ALDI TT (some text hidden)

Peugeot's strong history of sporting cars was successfully revived with this one, the RCZ. A gorgeous 2+2 coupe with curvy lines and a line-up of punchy but affordable engines, this sporting model brought new life to its brand when originally launched in 2010. Peugeot significantly updated it in 2013 to create the facelifted version that we're going to evaluate here as a potential used car buy. This is still one of the most striking choices you can make in the search for a sports coupe of this kind on a reasonably affordable budget.

Just over two hundred years ago, two brothers, Jean-Pierre and Jean-Frederic Peugeot, took a brave decision. They would set up a company in their father's corn mill that would first sell saws and tools and go on later to sell bicycles, motorbikes and cars. More than 55 million vehicle sales and two centuries later, the lion emblem originally adopted to illustrate the strength of the teeth of the brothers' handsaws adorned the most exciting machine the French company had ever created. One designed very much to sharpen its sportscar credentials. The exclusive, yet affordable RCZ. Back in the early Nineties when Peugeot used to dominate the classic Le Mans 24 hour race, it also used to dominate the market for affordable sporting cars, the 205 GTi the must-have shopping rocket of its day. It died in 1993, along with Peugeot's involvement on the track and the Gallic brand was never quite the same. Until the launch of this RCZ coupe in 2010. It was based on the humble underpinnings of the company's first generation 308 family hatch and appeared just after this famous French marque had at last once again triumphed in Le Mans, overtaking Audi, whose TT sportscar this RCZ was designed to see off in the showrooms. Here, we were told, was the new face of a very different company, its first passenger car badged by name, not by number, and, we were promised, the first in nearly twenty years to rekindle the bite of the Peugeot brand. In the years following, we saw some of that potential fulfilled but enthusiasts were still left wanting more. To try and satisfy them, Peugeot facelifted the RCZ in 2013 to create the version we're going to look at here. A year later in 2014, they added a flagship RCZ R variant to the range, powered by a more potent 240bhp version of the 1.6-litre THP engine. The RCZ was finally phased out early in 2017.

At this car's original launch back in 2010, it was prettier than anything else you could get for the price. Who would argue that it still is? This is one of those rare things: a motorshow concept car - in this case the 308 RCZ of 2007 - brought almost unchanged to production reality. This is a shape simply dripping with beautiful detail, most notably with the deliciously voluptuous rear window where two perfect curves of glass merge seamlessly with the twin humps of the roof, this car's so-called 'double-bubble' styling signature. It looks sensational, offering a handcrafted feel with enough wow factor to make a pricier Audi TT seem very ordinary indeed. As for the aesthetic changes made to this post-2013 facelifted version, well, we're not sure they were needed, but at least they were done very subtly by original stylist Boris Reinmoller. There are bonnet lines intended to create a more compact feel, emphasising an updated satin-finished marque emblem. Also satin-finished are two added chrome front grille bars, shaped like 'Samurai sword blades' according to the designers. They certainly enliven a central air intake extended on each side by daytime running lights, each created from six LEDs and subtly sculpted in the form of claws. Move inside through the large doors and you'll find an interior Peugeot was rightly proud of. The driving position's low-set and sporting but on base models, the lovely prominent circular clock and assorted metallic accents aren't quite enough to completely divert your attention from some of the hard plastics - on the glovebox lid for instance - that are a legacy of a 308-derived dash. Still, the leather seats included on higher spec models lifted the ambiance and many original owners wisely fitted the extra-cost integral leather pack that extends hide to the upper part of the dashboard, making it all feel properly premium. And practicality? Rather improbably on a car of this kind, it is something of an RCZ virtue, despite the fact that unlike its immediate rivals, this Gallic sportscar has a boot rather than a rear hatch. On this evidence, it is perhaps a better way to go, for before you start folding seats, this RCZ's 384-litre luggage capacity is significantly greater, than that of an Audi TT and on a par with the apparently larger VW Scirocco. There's another 30-litres of space under the floor too. Fold the rear seats and the total luggage capacity figure rises to 760-litres. You might be tempted to keep them folded too as, unlike the VW, this isn't a place you could reasonably seat two adults - not unless you had something against them anyway. What To Look For 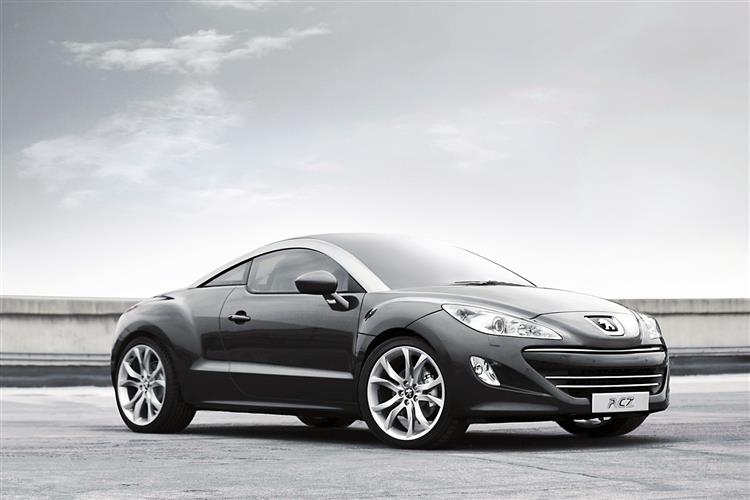