PIC UP A BARGAIN (some text hidden)

In second generation form, Kia's Picanto proved to be a little citycar that was big in importance for its Korean maker. Stylish, frugal and practical, it was much better than the cheap and cheerful original version and played its part in redefining the way many people think about this smallest category of car. Let's check this MK2 model Picanto out as a potential used buy.

Here's how we used to understand small car categorisation and the difference between Fiesta-sized superminis and their smaller, cheaper citycar counterparts. You paid extra for a supermini because it was slightly bigger, because it was better finished and more stylish and because it had more refined engines that made possible longer journeys. So where does that kind of thinking leave us with a product like this, the second generation Kia Picanto? It competes with the kinds of models we'd see as citycars, yet like many of them these days, it boasts the kind of interior space a supposedly bigger Fiesta or a Corsa had until quite recently. It's very nicely built and acceptably stylish. And yes, it's quite at home attempting longer journeys. Here is the citycar, all grown-up. Other urban runabouts that have previously advanced this argument have either been expensive and/or three-door only, like say a Fiat 500, or have felt too cheap and noisy to really justify themselves as only-car transport, like a Suzuki Alto or a Hyundai i10. We mention the Hyundai because that essentially is what this Picanto is underneath. In creating this MK2 model Picanto, Kia used the underpinnings from the best-selling i10 design, then refined them, improved the build quality and added a sharp new suit of clothes on top. That proved to be a pretty effective route to creating a class-leading contender and this MK2 Picanto sold in useful numbers for the brand until it was replaced by a new third generation design in the Spring of 2017.

What You Getword count: 537

The original MK1 Picanto model, ground-breaking though it was for its brand at the time of its original launch back in 2004, was very much a product of old-school Kia. A nice enough design, and very popular with 1.1 million global sales, but clearly a car for the cash-strapped. This MK2 model, in contrast, was more the kind of thing that back in 2011, you might have imagined Audi making. The exterior looks don't immediately pigeonhole you as a budget buyer in the way that the styling of, say a Hyundai i10 does. Perhaps it's no coincidence that stylist Peter Schreyer is an ex-Audi man. He developed the trademark 'Tiger nose' front grille that adorns most Kias from this period. In this case, it complements smart looks that extend down sharply scalloped flanks with door handles sitting atop a prominent longitudinal crease. MK2 Picanto buyers were offered a choice of both three and five-door guises, the three-door car featuring a more aggressive frontal treatment and a unique rear C-pillar. Things continue on in the same vein inside a cabin that punches well above its price point. It's all a long way from the not too distant days when interiors of cars of this kind had all the stylistic appeal of a telephone box. True, some of the plastics used here are still a little hard to the touch but you'd expect that in a citycar and anyway, everything's so nicely integrated that you don't really notice, the ambience lifted considerably by a silver strip that runs along the lower half of the dash to lift the otherwise unremitting blackness of the cabin. Take a seat behind the very up-market-feeling steering wheel and you find yourself facing the so-called 'three cylinder' instrument panel where everything's clear, concise and easy to read. To your left is a centre console offering ventilation and stereo controls with big, easy to use buttons. Finding an ideal driving position is hampered a little by the lack of a reach-adjustable steering wheel but there is a height-adjustable driver's seat in mitigation. As for rear seat passengers, well, the amount of room in the back is astonishing for a car that takes up less than 3.6m of roadspace. Not much of the 60mm increase in vehicle length of this MK2 model went into the wheelbase - it's just 15mm bigger than that of the previous car - but even so, a range of clever packaging ideas created a cabin in which a couple of 6ft adults could sit reasonably comfortably on all but the longest journeys, despite legroom which could best be described as 'cosy'. Even more effort was made in the boot, 27% larger than that of the MK1 model. Mind you, that still only means a necessarily tight 200-litre capacity (up from 157-litres in the previous design), which might be a problem if you're trying to fit in something like a pushchair. This indeed is one of the few areas in which a fully-fledged supermini might enjoy any kind of significant advantage over this car. Mind you, even that won't be a problem if you're able to flatten the 60/40 split-folding rear seats, which push forward to free up 870-litres of fresh air. 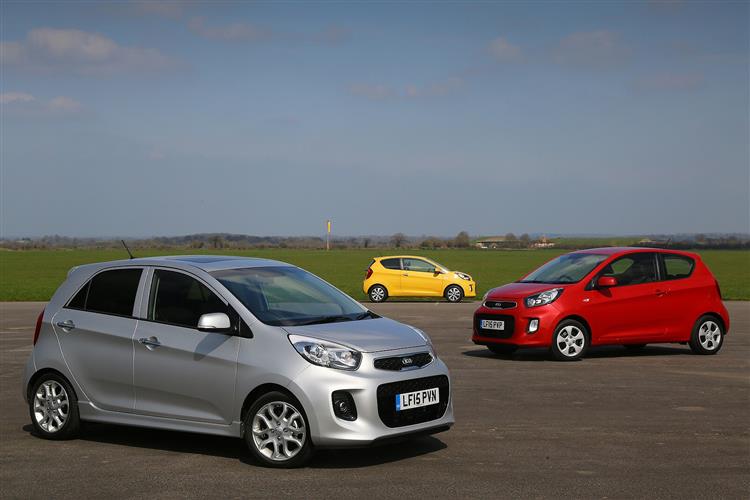