SPORT FOR ALL (some text hidden)

Bigger, lighter and sharper in its reactions, the second generation Range Rover Sport came of age, frightening German luxury SUV rivals by at last matching them on-tarmac whilst still obliterating them off road. No longer a dressed-up Discovery, it shares plenty with the fully fledged limousine-like Range Rover but is able to bring much of that car's high technology to a wider audience.

Here's a car that claims to be able to do.. well, almost everything. It'll cruise on the autobahn at 130mph, ford rivers in the Serengeti, take a family of seven on holiday and slip you down to the shops. It's affordable to run, rewarding to drive and looks dynamic and stylish. There has to be a catch doesn't there? Time to check out earlier versions of the second generation Range Rover Sport as a used car buy. Ah yes, the Range Rover Sport. A car that in its original guise was neither a Range Rover or 'sporty'. In fact, it was based almost entirely on the brand's sensible Discovery model and, thanks to that car's practical ladder frame chassis, as about as dynamic to drive. Still, the smarter set of clothes did the trick and for most of its life between 2005 and 2012, the 'Sport' was Solihull's best seller. There were, it turned out, a vast number of potential buyers who liked the idea of a Range Rover but either couldn't afford one or wanted something a bit sportier. Something like this in other words, the car the concept always promised but never quite delivered. Appropriately, its very existence was at last properly inspired - and in many ways completely made possible - by the fully-fledged Range Rover. Back in 2012, that car was completely redeveloped in fourth generation form with aluminium underpinnings, sharper handling and hybrid power, engineering eagerly seized upon by the Range Rover Sport development team in their quest to at last be able to offer a credibly sporting SUV rival to cars like the Porsche Cayenne and the BMW X5. The result was the MK2 model Range Rover Sport, launched in 2013. German competitors of course, don't have to blend in unrivalled off road excellence with their back road blasting. They don't have to be automotive swiss army knives - all things to all people - in quite the same way. So, burdened with such expectations, how can this Range Rover - how can any Range Rover - take them on at their own game? That's the issue this car has always faced. A 542PS 'SVR' version of the 5.0-litre petrol V8 model was introduced in 2014. And shortly after, the 292PS SDV6 diesel engine was uprated to 306PS. This second generation model was lightly updated for the 2017 model year, but it's the earlier 2013 to 2016 versions we're going to look at here. 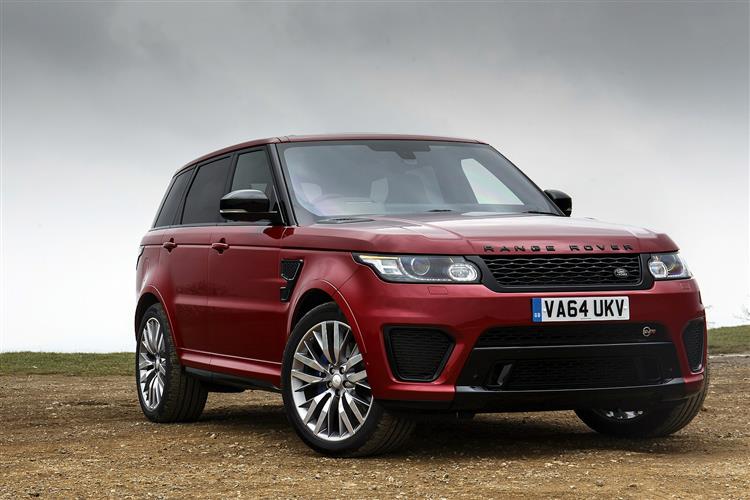