Families demand more from People Carriers these days. Much more. So Vauxhall's Zafira Tourer does its best to offer it. Sharp styling, taut handling and clever seven-seat versatility from a shape not too big and not too small. In theory, it's everything a modern MPV should be. Let's check the original version of this model out as a used buy.

Buying a seven-seater People Carrier used to be a frustrating process. Those in the so-called 'compact' sector - cars like Volkswagen's Touran and Vauxhall's Zafira - weren't usually quite big enough if you regularly intended to use their third seating rows. While those in the 'large' class above - Ford Galaxys, Volkswagen Sharans and so on - felt too big and bus-like. Thoughtfully addressing this issue in 2006, Ford brought us the original version of their S-MAX, an MPV that straddled these two sectors, at the same time surprising those who thought such a vehicle could never be good looking, could never be sporty, could never be... well like this: Vauxhall's Zafira Tourer. If you thought the Ford was good looking, then you're going to like this design very much indeed. From its boomerang-shaped headlamps to its 'blade'-inspired flanks, this is less a People Carrier and more an automotive bullet train. Families get state-of-the-art seating origami and enthusiasts get hi-tech adaptive damping. It's not a cheap combination of values, which was why from the launch of this car in early 2012, the old second generation Zafira continued for a few years to sell beneath this model for those wanting something more affordable, something more Touran, Scenic or C-MAX-like. This is a cut above. The original model sold until mid-2016, at which point is was significantly updated, both inside and out. 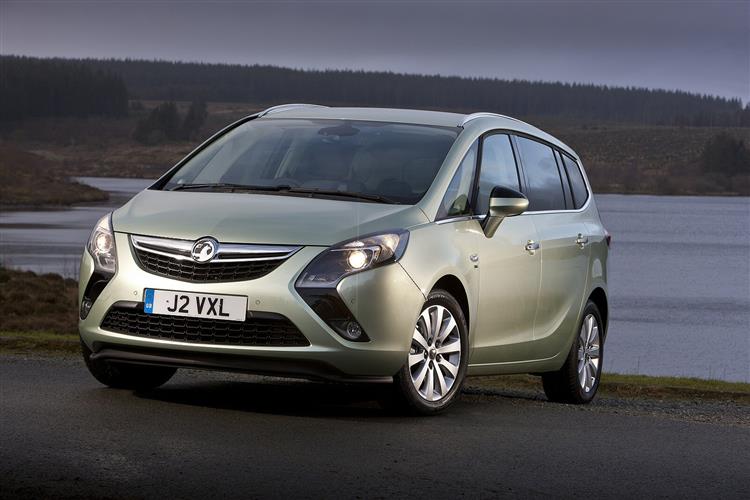