SUEDE AND SQUARE (some text hidden)

Before the advent of people carriers, sports utility vehicles and crossovers, if you wanted a vehicle with a serious amount of space inside, you need a large Volvo estate. From the turn of the century, Gothenburg's large station wagon was badged 'V70' for the modern era and continued to be as uncompromisingly big and practical as ever, bridging the gap between medium range Mondeo-sized estates and the very largest fully-fledged Executive-shaped station wagons. Here, we're going to focus on the very last MK3 V70 variants produced between 2013 and 2016. Choose your model carefully from this era and you'll get yourself a car fitted with Volvo's efficient 'Drive-E' engine technology. With that kind of powerplant beneath the bonnet, a used V70 can make a lot of sense.

Volvo has a long and illustrious heritage in producing spacious estate cars, one which stretches all the way back to 1953 and the Duett PV445 wagon. That was replaced with the classic Amazon model in 1962 which in turn gave way to the 145 series in 1967, but the big Volvo estate that many remember is the big-bumpered 245/265 series of 1974, the car that upwardly mobile Margo and Jerry Ledbetter drove in the BBC sitcom 'The Good Life'. Every middle class Surbiton couple had to have one. So did every antiques dealer. In 1985, we got the ugly US-inspired 740/760 models, restyled in 1990 and sold as the 940/960 series. Only with the introduction of front wheel drive in the 850 estate of 1993 however, did things really take a step forward, a car re-launched as the V70 in 1996. The first proper purpose-designed V70 followed in 2000, replaced in 2007 by the third generation version. That MK3 model was heavily updated in 2010 with a package of changes that carried the V70 through to the post-2013 period where Volvo was able to start plumbing in some of its own engines rather than using Ford-derived units. It's the 2013 to 2016 period V70 models we're going to look at here. In 2016, the V70 was finally replaced b the all-new V90 model. 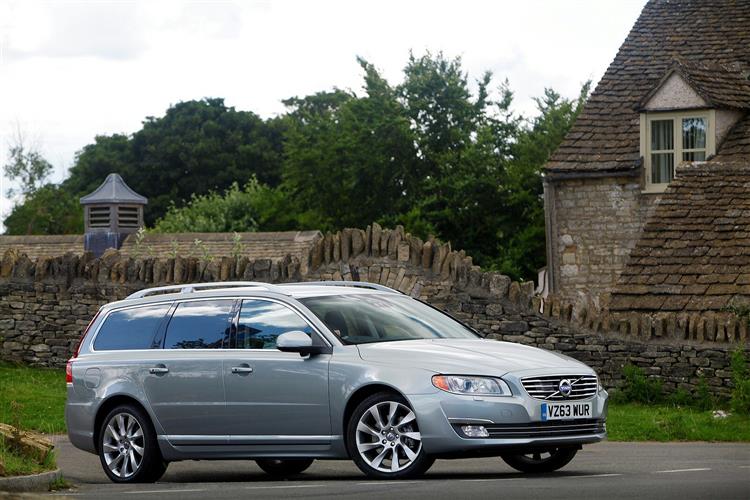