If you need a family-sized five-seat MPV but don't necessarily want one, look straight to this car, the second generation Citroen C4 Picasso, launched in 2013. It's extravagantly designed and comes with some genuinely innovative features. The basics of space, safety and cost-effectiveness are all taken care of, but where this model really excels is in the other things: style, technology and a very emotive feel. It's a bit special. Here's how to bag a used one.

Picasso. The name that launched both a generation of art and a several generations of small Citroen people carrier. The great Spaniard's family fell out with each other over the decision to grant this French car maker use of Senor Pablo's famous name, but it's certainly been worth the legal wrangling for Citroen. By 2013, the brand had chalked up over three million Picasso model sales, the success story starting with the Xsara Picasso, launched in 1999. In 2007, that model was replaced by a far more modern successor, the C4 Picasso, a car that in 2013 was re-launched in the futuristic second generation guise we're going to look at here. It's tempting to think of MPV people carriers as one of the most boring sectors of car design; boxes on wheels if you will, with little wit or verve to their execution. Here, things are very different. Yes, what we have in this case is a box with wheels at each corner, but as any kid at Christmas will tell you, not all boxes are created equal. It may have been created to go head to head with five-seat MPV rivals such as the Ford C-MAX and the Renault Scenic but this MK2 C4 Picasso feels cut from rather different cloth. Emboldened by the success of their boutique DS line of cars, Citroen decided to inject a measure of style and desirability into many of its other wares and this design still looks like something that's just driven off a motor show stand. But at launch in 2013, it faced a difficult task. Then, as today, the People Carrying market was very different from the one Citroen started with at the turn of the century. Many buyers in this sector now demand more than five seats and even those that don't may well feel that the latest generation of more practically-orientated Focus-style family hatchbacks, Qashqai-like Crossovers and small SUVs offer many MPV-like virtues. On top of that, by 2013, Citroen was also offering the only slightly smaller C3 Picasso supermini-MPV to buyers, a car that could offer many of this C4 model's virtues for a useful price saving. Hence the need here for a very clever piece of product design indeed, one that clearly speaks to family buyers who need practicality but don't want to sacrifice style. Which is how we ended up something so glassy and futuristic-looking, a car that comes stuffed with hi-tech gadgetry and fitted with a more up-to-date range of more efficient engines. This MK2 model C4 Picasso sold until mid-2016, when it was replaced by a lightly facelifted model. 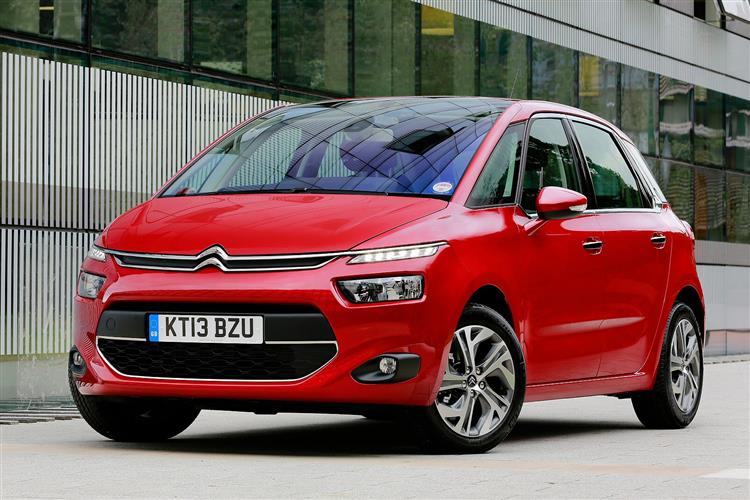