SMALL IS BEAUTIFUL (some text hidden)

The Citroen Berlingo needs little in the way of introduction, quickly becoming the benchmark compact panel van. It's been through a few iterations in its time though, so here's the background on the model introduced in 2008 and which carried through to 2015. As a used buy, it has a lot going for it.

The star turn in Citroen's LCV line-up has long been the Berlingo van. The original model was launched in the UK in 1996 and it proved extremely popular with its straightforward design and robust construction. The MK2 model launched in 2008 and was shunted up in terms of size and sophistication. Styled by Gilles Vidal and based on the Citroen C4 platform, it was bigger and plusher than its predecessor. Following the launch, updates came thick and fast, with better-specced 'Enterprise' variants joining the standard 'X' and 'LX' models in the range in 2010. The Enterprise was offered in the most popular 1.6HDi 75hp 'L1 625' and higher-payload 1.6HDi 90hp 'L1 850' configurations. 'Enterprise'-spec was based on 'LX' trim but additionally gave buyers Bluetooth with USB compatibility, air conditioning and reverse parking sensors. Trafficmaster Smartnav satellite navigation was also fitted as standard and this was soon rolled out as an option for the whole range. A 'Grip Control' ESP system was also made available on Berlingo '850 L1' 1.6HDi 90hp LX and Enterprise vans, offering extra traction in slippery conditions. From October 2010, emissions of Berlingos powered by the 1.6HDi 75hp and 90hp diesel engines benefited from improvements in fuel economy of up to 1.7% and CO2 emissions reductions of up to 6g/km. Towards the end of 2011, Citroen introduced the e-HDi Airdream 'micro-hybrid' drivetrain, though this engine wasn't actually a hybrid at all. Instead, it got a Stop & Start system to help the HDi 90 diesel engine reduce its emissions by around 17g/km. The original MK1 model Berlingo, called the 'First' and initially sold alongside the second generation model, was finally axed in 2012, while the rest of the Berlingo range was facelifted and improved. The updated van was offered with one petrol and four diesel powertrains. With improved efficiency and environmental performance, the HDi 75 was good for 133g/km of CO2 - down from 136g/km - thanks to changes including aerodynamic upgrades. The HDi 90 emitted 138g/km - down from 140g/km. The e-HDi 90 Airdream EGS6 delivered even lower CO2 emissions of just 123g/km. A full-Electric version was also added to the range at this time. In June 2014, electronic stability control was fitted to all Berlingo models.

There are two Berlingo bodystyles to consider and both are on the large side of what we expect from a compact van. Both versions share a 2,728mm wheelbase but the longer L2 model has 248mm extra tagged on behind. It means that even the smaller L1 is 4,380mm in length - that's 243mm longer than the original Berlingo with 350mm extra in the wheelbase department. Payloads range from 625kg to 850kg, a sizeable carrying capacity that edges awfully close to that of some small panel vans at its top end. The space in the rear is accessed through side hinged rear doors which open to nearly 180 degrees and reveal a compartment that's 1,800mm long in the L1 version and never less than 1,229mm wide. Sliding side doors are available as options, as is a hinged roof flap through which long items can be poked. The loading lip at the rear is nice and low and the load bay gets excellent protection from its contents courtesy of panelling that extends halfway up the sides of the vehicle. The standard bulkhead is a ladder frame behind the driver's seat and an unusual touch is the load compartment light that can be detached and used as a torch. Compact vans used to be, well, compact vans, but now this part of the LCV market has branched out into a series of niches and sub-niches. This MK2 model Berlingo was tasked with filling the yawning gap that existed between Citroen's smaller Nemo van and their Volkswagen Transporter/Vauxhall Vivaro-sized Dispatch model. Apart from the Peugeot Partner van that shares its design, the Berlingo's most obvious rival is Renault's Kangoo, a van also offered in two main sizes. Volkswagen's Caddy and Caddy Maxi models are also an alternative. With such tough competition, the Citroen had better be well equipped and of course it is. Standard features on all Berlingos include ABS brakes, a trip computer, a CD stereo, central locking, electric front windows and internally adjustable door mirrors. There's also the considerable pulling power of a standard Trafficmaster Smartnav satellite navigation and vehicle tracking system. An interesting option some original buyers went for was the 'All-Road pack' which was designed for Berlingos regularly faced with rough surfaces. Here, you get larger tyres and underbody protection. 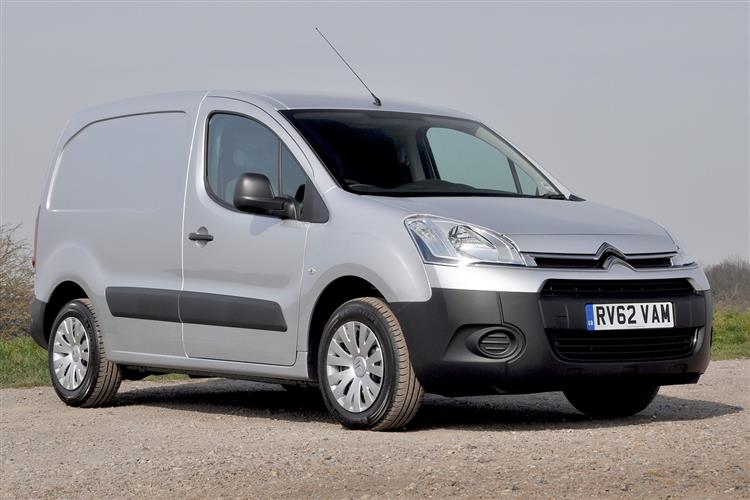