With its spacious Orlando seven-seater family-sized MPV, Chevrolet sought to tempt families out of their 7-seater Zafira, Picasso, Scenic and C-MAX MPVs and into a more affordable an better-specified alternative. Unfortunately for Chevrolet, sales were modest and the car was eventually withdrawn as part of the brand's departure from the British market at the end of 2015. It makes a great choice for budget-minded families as a used buy though. Seek out one that's led an easier life and you could get yourself a real People Carrying bargain. Here's what to look for.

If you've a growing family, then you've probably a growing need for one of those relatively compact people carriers that still somehow manage to offer up to seven seats. But the problem with a growing family is that growing costs also come as part of the deal. And what you don't need in a world of forgotten PE kits, cash 'n carry nappies and trips to the zoo is an expensive asking price for such a car. Yet list price-wise, that's exactly what families are often saddled with when looking at MPVs like Ford's Grand C-MAX, Renault's Grand Scenic, Peugeot's 5008, Vauxhall's Zafira and Citroen's Grand C4 Picasso. It was in response to this that the Chevrolet Orlando was launched in 2011 as a better-value alternative to such models. If the name evokes feelings of fun-filled days at Uncle Walt's holiday resort, then Chevrolet will be pleased: it's supposed to. More important through is the practical thinking that lies behind the badgework, thinking that'll strike a chord with many harassed mums and dads. It's all about offering them a slightly bigger car at a significant saving over comparable rivals. At the launch of this car, the established brands predictably sneered at that, pointing out that bargain basement models always look good on paper but in practice are lower tech, pricier to run and nastier to own. Chevrolet reckoned differently and throughout the Orlando's four year model life, proved that it could be a viably efficient family choice. Let's check out whether that'll carry through to the used car market.

What You Getword count: 765

Chevrolet claimed that this Orlando brought 'swagger' to the historically rather conservative MPV segment with a styling flavour that's part MPV, part SUV. The 'SUV' bit rather escapes us but there's no denying that, from the front at least, this car does at least have a bit of personality, its Chevrolet 'face' depicted by the brand's familiar split radiator grille and bow-tie badge. The MPV trend for sliding side doors has been ignored in this case, as to some extent, have the market conventions when it comes to size. The Orlando is about 10cms longer than a typical Grand Scenic or Grand C-MAX compact 7-seater MPV and about 20cm shorter than a Ford Galaxy or VW Sharan-style large 7-seater MPV. Which means that you won't be putting any basketball players in the third row of rearmost chairs, accessible by using a 'roll-out-and-fold' facility that enables both left and right outer middle row seats to fold more easily and allow access to the back row. Having said that, despite the fact that the high floor means that your knees usually end up higher than your hips, more ordinarily-shaped adults will be OK back in the third row for short-ish journeys and kids will have no problem, appreciating the 'theatre-style' seating which sees all second and third row seats raised to give passengers a better view, both forwards and to the side. That's something you'll also be thankful for should you find yourself in the second row. It was to benefit passengers here that Chevy's engineers decided to stretch this car's Vauxhall Astra-sourced floorplan by an additional 85mm and the result is decent standards of head, leg and shoulder room. Which to some extent makes up for the slight lack of innovation: unlike some rivals, the bench doesn't slide backwards and forward to increase legroom, nor can the centre middle row seat be folded away to create a more luxurious-feeling four-seater. But there are plenty of thoughtful touches for those up-front. Here, you'll find one of our favourite MPV features - a second rear view mirror that enables you to keep a close eye on the antics of your squabbling brood behind. This isn't unique, but its fitment as standard equipment was, typical of Chevrolet's attention to detail with this car. Somewhat strangely for a car called an 'Orlando', this Chevy was never sold in the States and was designed with a European audience in mind. The South Korean factory built this car like a European rather than an American product too, with decent materials, tight shutlines and no significant acreage of elephant-grey plastic. It's easy to get comfortable too, with both height and reach adjustment on the multi-function steering wheel and a height-adjustable driver's seat. The designers claimed that the fascia design was inspired by their Corvette supercar - though we can't really see how. Its blue backlit lighting is nice though, and the overall design seems more reminiscent of modern Ford models, with a bullhorn centre console, in this case topped by an LCD display that houses a rear view camera in upper specification models. Another touch we especially like is the way that the front fascia of the audio system flips up to reveal a concealed storage area big enough to house your iPod or wallet. There's also a USB port in there for charging on the fly. Other storage areas include a coin holder, two large cupholders in the centre console, map and bottle holders integrated into the front and rear doors and a number of individual compartments in the cargo area. And talking of the cargo area, what about luggage room? Well, that'll depend of course on which of the 30 seat-folding permutations you choose. As with all cars of this kind, if you've all seven seats in place, your luggage capacity pretty much ends at a rolled-up newspaper: that's why people pay so much more for something Sharan or Galaxy-sized. But for family holidays, a roof box would solve that problem and for the majority of time when the third seating row isn't in use, you can fold it neatly into the floor to free up 454-litres of space. If you want to go further and fold the second seating row (which you can't do when the front seats are fully back), you'll find that it only folds 60:40 rather than in three individual parts as with some rivals. What's most important though, is that when folded, it does go fully flat and offers up a huge 1,499-litres of fresh air (or 856-litres if you only load up to the windowline). 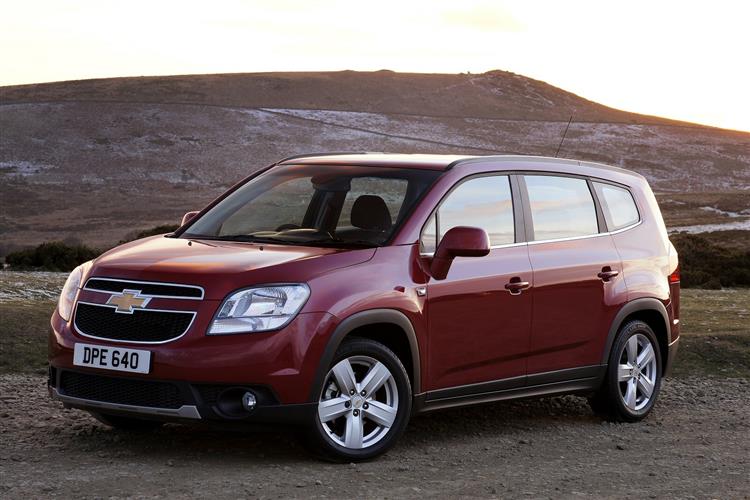