CHARGE BACK (some text hidden)

When it comes to toxic emissions in our inner cities, LCVs are arguably the biggest culprits, yet van makers have been slow to get on board the electric bandwagon. Renault, in contrast, has led the way - and done it with the model we look at here, the innovative Kangoo Z.E. This electric van offers surprisingly simple mechanicals - but does that make it a good used by? We're going to look at the earliest 2011 to 2013-era examples in a bid to find out.

Launched late in 2011, this was the market's first affordable all-electric van, the 'Z.E' in its name highlighting its ability to produce 'Zero tailpipe Emissions' in everyday use. And though the technology this vehicle pioneered was new, the vehicle this was plumbed into remained the same second generation Kangoo design that Renault had been selling since 2008, with levels of space and practicality untroubled by its electric remit. This is a design that competes in the compact van sector where in combustion engine form, it must battle tough rivals like Ford's Transit Connect, Fiat's Doblo, Vauxhall's Combo, Nissan's NV200, Volkswagen's Caddy, Peugeot's Partner and Citroen's Berlingo. There's much less competition though, if you're looking for a vehicle of this kind with electric propulsion - or at least that's true for the time being: it won't be the case in the future. Electric vans are here to stay, but could your business really justify running one? Here we'll be looking at the earliest Kangoo Z.E. van models, those produced between the late 2011 launch and the 'Phase II' Kangoo van facelift at the end of 2013.

As in the standard Kangoo line-up, Z.E. model buyers get a choice of two main bodystyles - the standard 4.2m long variant and the bigger 4.6m-long 'Maxi' model, which also came in fully-glazed 'Crew Van' form with a fold-out three-person split-folding rear bench. In this form, buyers could also use this vehicle as an affordable little family MPV, were they to be so minded. Whichever Kangoo Z.E. variant buyers chose when this vehicle was new, they had to bear in mind that simply buying it wasn't the end of their outlay, for Renault separated vehicle and battery ownership. So, from new, once buyers had to decide whether to purchase or lease this van, they had then to take out a monthly subscription for the battery that would power it, the cost of which was determined by the contract term chosen and the buyer's annual mileage. These parameters could vary at anything between one year and five, with annual mileage anything between 6,000 and 15,000 miles pa. Once buyers from new had sorted out all of this, they at least had the peace of mind of knowing that Renault would guarantee that their vehicle's battery would always have a minimum charge capacity at least 75% of the original level (batteries deteriorate slowly over time you see). Plus they could count on comprehensive roadside assistance cover that would tow them to the nearest charging point, should they find themselves stranded with a flat battery by the roadside. On top of the purchase price and the battery subscription, customers of this vehicle from new also needed to budget for a charging point, since Renault frowns upon operators using a three-pin plug supply on a regular basis, even if that were business-practical. The French brand works with British Gas for the installation of such a point, which can be either at your home of place of business. The cost will be around £800 ex vat. The charging cable for this is of course supplied with the vehicle, but if you want a cable that will, occasionally, allow you to charge off a normal 220V home supply, then you'll need to buy a separate cable from your dealer. 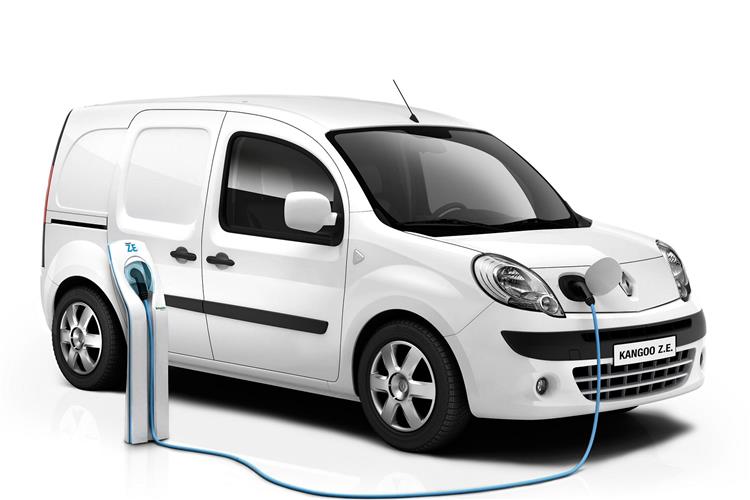