If you've even read this far, then congratulations. You're one of an exclusive band of car buyers who would countenance buying a Volkswagen Jetta. It's hard to think of a car quite as talented as VW's midrange saloon that has been so roundly ignored. For a car that's ostensibly a Golf with a boot, the Jetta has had a tough time squeaking sales out of British buyers, its hatchback sibling outselling it by nine units to one. Independent thinkers might like to know what to look for when shopping for a used Jetta. Read on here.

Volkswagen has tried, tried and tried again to sell us a medium range saloon and we've largely nodded, agreed that they were quite nice and then bought something else. The Jetta first appeared in 1979 as a booted version of the Golf Mk1. Designed by Giugiaro, the lines didn't appear to have a single curve on them. This car was replaced by the Vento, then the Bora and then we came back to the Jetta badge again in 2005. Its replacement is the car we look at here, the Jetta that was spawned from the sixth-generation Golf, launched in 2010 and carried through to 2014.

The Jetta drew its inspiration from Volkswagen's elegant New Compact Coupe design study, first shown at the 2010 Detroit Auto Show. Most show cars are wildly indulgent, with flip-up doors, interiors that look like Zaha Hadid architecture and 22-inch alloy wheels shod with rubber bands for tyres. The Volkswagen NCC was different. It looked production-ready. It was a mature, cohesive design that smacked slightly of a better-resolved, slightly shrunken version of Audi's A5. With some spy shots already in the bag of the prototype Jetta being durability tested, it was obvious that the NCC would spawn the next generation Jetta - the similarities were obvious. And so it proved. The sleek shape of the Jetta, unveiled again in the US in New York's Times Square, was styled under the leadership of Klaus Bischoff, head of design for Volkswagen. No body panel was carried over from its predecessor, lending the Jetta an elegant appearance that marked the evolution of a new phase of Volkswagen design. It was a significantly bigger car than before as well, the overall length swelling by 90mm to 4,644mm. In addition, the wheelbase was also extended to 2,648mm, an increase of 70mm resulting in 67mm more legroom for back seat passengers. A 510-litre boot offers serious carrying capacity and a pragmatic layout. In order to incentivise sales, equipment levels were strong; certainly better than the German stereotype. An all-new dashboard with aluminium highlights sat ahead of a leather-trimmed three-spoke steering wheel. Every Jetta model also got an integrated multifunction display, air conditioning and a CD stereo system. Available as an option was touchscreen satellite navigation. As you would expect from Volkswagen, a comprehensive array of safety features also made the specification sheet including six airbags, anti lock brakes and an Electronic Stabilisation Programme. What To Look For (used_look) 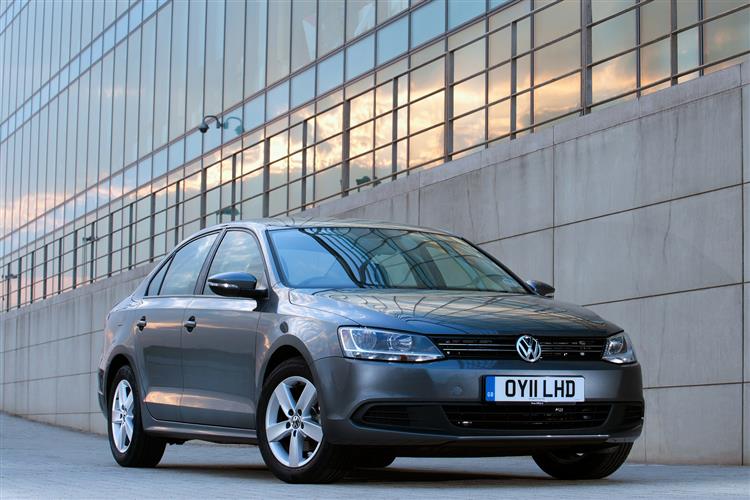