Has there been some sort of unwritten rule that dictates that if a country borders the Mediterranean, then the small cars it produces will, by default, be better than its big cars? For years, that seemed a reasonable maxim to guide buyer behaviour, with Italian, French and Spanish companies in particular doing most of their best work with small cars. Peugeot is a case in point, with its best loved vehicles being the 205, the 106 and the 306. It seems that, of late, Peugeot is attempting to set this historical precedent aside. The 508 is a key component in this move. Here's what to look for when buying used.

Peugeot's 3008 and 5008 MPV models paved the way for British buyers to start taking the concept of a good, bigger Peugeot seriously and the 508 saloon, which was tasked with the job of replacing not just the reasonably successful 407 but also the chronically underperforming 607, also looked promising. Launched into a sector that seemed to be drying up, the 508 struggled at first, not through any inherent failing in the product, but just because this was a very conservative market where buyers tended to stick to what they knew. An estate version appeared alongside the saloon with a ruggedised RXH hybrid estate and HYbrid4 saloon the following year. An RXH Limited Edition of just 30 units kicked the model off. The 2014 model year 508 received a raft of changes that gave it more visual impact and a better perception of quality inside.

At 4.79m long, the 508 saloon is quite a big unit, adding almost five centimetres to the length of the old 407. This doesn't tell the whole story though, the 508's massively longer wheelbase ensuring that the cabin genuinely does feel like a class above, especially when it comes to rear seat accommodation. The boot is a good size at 473-litres and with the rear seats in place, it in fact offers more carrying capacity than its 508 SW estate sibling. Even if a thief gets into the vehicle, it may well be more than the work of moments to find your gear, given the sheer amount of cubbies, drawers and pockets inside the 508. Those in the cabin alone total 22-litres and include door pockets that can hold 1.5-litre bottles. The level of fit and finish is easily on a par with mainstream rivals and after getting out of a new Volkswagen Passat and straight into the 508 at a recent driving event, I had to set preconceptions aside and admit that the French car felt a smarter and more upmarket place to be. Compare the Peugeot to most German rivals and it demolishes them on the value front by packing in way more standard equipment for the price. This used to be motoring journalism shorthand for saying that the company was trying to divert you with gadgetry but in the 508's case, it's just the spur that could convert many wavering buyers. The key trim level in the line up is the SR model, which targets business buyers and includes satellite navigation, cruise control, dual zone air conditioning and 16-inch alloy wheels. Another feature that's sure to become more widespread in years to come is the SOS system, which alerts the emergency services to your whereabouts in the event of an accident. The range opens with the Access trim, which features daytime running lights, air-conditioning and electric windows all-round. Then there's the SR and the Allure models which include half-leather electrically adjustable and heated seats, rear parking sensors, keyless go and a panoramic sunroof. Fork out for the top GT and you'll receive the aforementioned upgraded suspension, full leather upholstery, a colour heads-up display and xenon directional headlights. 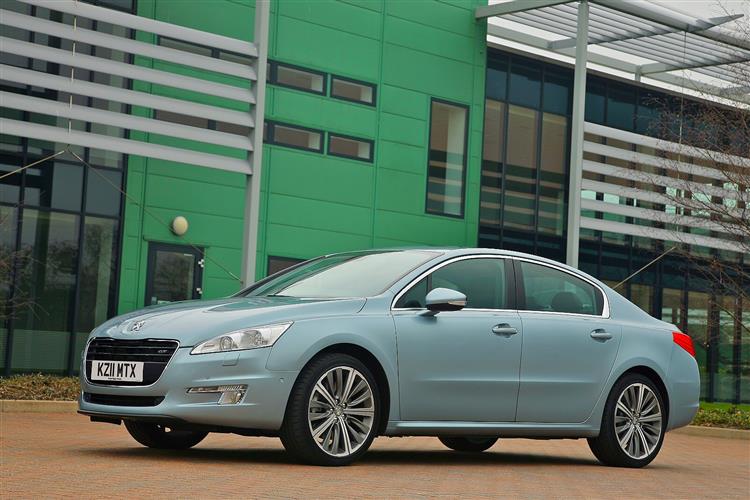