ESTATE OF THE ARC (some text hidden)

Volvo estates used to be of the set square school of design but the V60 proved that needn't be the case. It's the estate version of the popular S60 saloon and that bodywork has barely a straight line on it, with voluptuous curves, bold arcs and a purposeful stance. It's a great piece of automotive styling and one that has proved popular with UK buyers. But is it a great Volvo estate and, more pertinently, does it make a smart used buy? Read on to find out.

You used to know where you stood with Volvo mid-rangers. Take the S40 and V40 twins for instance. Buyers were offered a saloon (the S40), and if they didn't much care for a boot on the back, they could opt for an estate (the V40) instead. Then a bit of a strange thing happened. Volvo introduced the bigger BMW 3 Series-sized S60 saloon in 2000 and didn't offer us an estate version. At that time, the Swedes didn't see the need for one, pointing out that if the compact V40 wasn't big enough for station wagon buyers, they had the big V70 further up the range to suit. It was an argument that didn't altogether wash with customers, even after the V40 was smartened up and re-launched as the V50 in 2004. As a result, the first generation S60 always seemed a model out of step with the rest of the range. In 2010 that issue was rectified. The S60 was replaced by a second generation design and this time, it did spawn a station wagon, the V60, an estate that certainly wasn't cut from the traditional Volvo template. So popular was the V60 that it effectively rendered the smaller V50 estate redundant. With a range of efficient engines, it was a hit from the word go. Six units were available from launch; two diesels and four petrols. Entry into the range was the 163PS 2.0-litre D3 diesel model, while further up the line-up sat the 205PS 2.4-litre D5 engine offered with either manual or Geartronic transmission. Petrol powerplants entered the range with the 150PS 1.6-litre T3, then there was the 180PS 1.6-litre T4 variant, the 2.0-litre 240PS T5 and the flagship all-wheel-drive T6 petrol model with its Geartronic gearbox. Featuring a 304PS 3.0-litre engine, the high-performance T6 remains a relatively uncommon sight. In February 2011, Volvo launched the 119g/km DRIVe 1.6 diesel model, while in December of that year, an automatic gearbox was offered with the DRIVe engine, keeping emissions and economy unchanged. At the same time, Volvo announced the V60 Plug-In Hybrid, the world's first diesel plug-in hybrid with a UK allocation of just 1000 cars. In March 2013 Volvo redesigned the R-DESIGN trim level, offering a more aggressive front end, redesigned wheels, better seats, and a more customisable digital display. R-Design models could be combined with all the engines available for the standard versions. Opt for the T6 and you could optionally boost performance to 329PS by opting for the Polestar software that charged the cars with an extra 25PS. The V60 line-up was replaced by an upgraded facelifted range for the 2014 model year, the biggest change being the introduction of an excellent new D4 powerplant.

What You Getword count: 499

Lots of people will have a clear picture in their head of what a Volvo estate looks like. This won't be it. Where old Volvo designs were a riot of right-angles, this one has barely a straight line on it, its so-called 'racetrack' design producing lines that flow organically into each other like the curves of a race circuit. It's not just different for the sake of being so though. The alert stance, short overhangs and sleek, low roofline make this car's silhouette closer to that of a coupe than a boxy estate. All of which takes its toll of course, when it comes to practicality. There's 10% less luggage space than you'd find in obvious German rivals and the 430-litre load bay, though 100-litres up on the S60 saloon, is hardly bigger than that of Volvo's smaller V50 estate. In fact, you'd be better off in that apparently more compact model if either you load up to the ceiling or flip forward the rear seats and use the V60's 1207-litre total. Volvo is unrepentant. For one thing, it points out that in an age when every shop will deliver bulky items, there aren't many buyers needing to transport them and for those that do, there are V70s, XC70s and XC90s further up the range. For another, it's undeniable that the 3-metre-long space that is on offer is very accessible and easy to use. The rear bench splits 40/20/40 and drops down completely flat to the floor, while the front passenger seat can do likewise to further increase luggage space for really long items like surfboards and bikes. You get a lockable underfloor compartment to keep valuables away from prying eyes, plus net pockets and a grocery bag holder to keep your shopping upright. In the rear seat, you get marginally more headroom than you would in an S60 but otherwise, the accommodation on offer is much the same. Which means that there's comfortable room for two adults but, as with virtually every other car in this sector, three would be a bit tight on a journey of any real distance. Three children will be quite comfortable though, and their parents may want to consider specifying the neat fold-out booster seats that fold out of the seat base cushions. At the wheel where you sit a bit lower than in most other Volvos, it's not quite as luxurious as the plushest of its rivals but there's an emphasis on cool Scandinavian design that IKEA fans will like very much. The signature Volvo 'floating' centre console is present and correct, angled in this model more towards the driver for a more 'cockpit'-style feel. The dash is certainly commendably clear of button clutter, there being nothing worse than a car that has so many switches that it seems cleverer than you are. Materials are premium and include the availability of leather, real wood and aluminium trim. The seats meanwhile, are brilliantly comfortable, the controls are clear and everything feels solidly built. 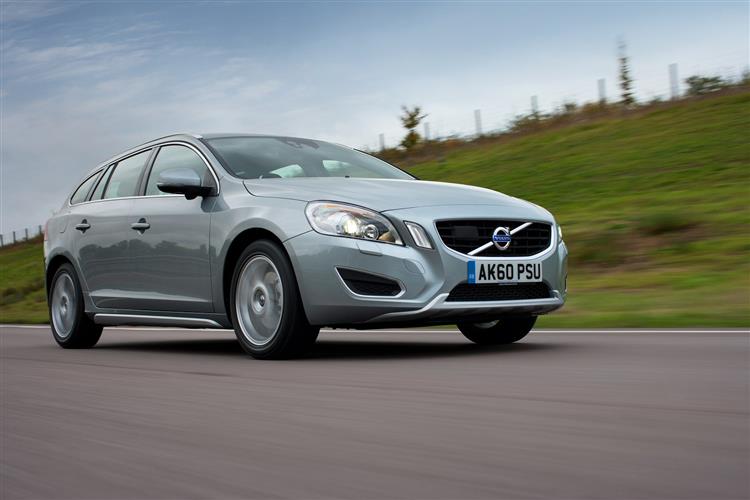