BACK ONCE AGAIN (some text hidden)

The Subaru Outback could easily be thought of as the nearly vehicle in the Subaru range. Lacking the sportiness of the Impreza wagon and the ruggedness of the Forester, it seems a tough sell, yet it somehow managed to outsell both its siblings in the UK in recent years. As cars like the Audi Allroad and the Volvo XC70 took the beefed-up 4x4 estate genre upmarket, and models like the Skoda Octavia Scout undercut it, the Outback became a car that may have started a trend but saw others steal its mantle. The original Legacy Outback appeared in 1996. A slicker second generation version appeared in 2003, with a third iteration debuting in 2003. The Outback we're looking at here was unveiled in 2009 for a 2010 model year introduction. But how does it stack up as a used car? Here's what to look out for.

The Subaru Outback is a car that's been largely glossed over by automotive history, rarely getting the credit it deserves. Just as Toyota's Picnic could lay claim to being the first compact MPV but the Renault Scenic steals the limelight, Subaru started the whole ruggedised 4x4 estate thing with the Outback, some time before the Volvo XC70 or the Audi Allroad had ever been conceived. Subaru had cottoned onto the fact that a market existed for an all-wheel drive estate car that could tackle any weather conditions but still corner without the clumsy handling and public disapproval associated with most SUV-type vehicles. The Outback's Achilles heel was that for years, the engine choice amounted to a selection of fairly thirsty petrol engines. That and the fact that interior build quality was often some way short of what buyers who were spending upwards of £25,000 were accustomed to. The fourth generation model featured an economical boxer diesel and also looked to improve the look and feel inside the cabin. Subaru was rewarded with a growth in sales but the company was battling against tough market conditions and an unfavourable exchange rate which made the Outback look expensive for what it was.

Although the driving characteristics of the Subaru Outback are quite straightforward, the design is anything but. Although the overall shape is very clean, it's one that never rests easily on the eye. From certain angles, it resembles a common or garden estate car, whereas from others, notably the rear three quarter, there are enough 4x4 styling cues subtly melded in to make it look like a junior SUV. What's not up for debate is the fact that it grew; the fourth-gen car is noticeably bigger. Length and width crept up by a few centimetres and it's fully 13cm taller when roof bars are taken into account. The cabin was smartened up significantly in MK4 guise, with a dashboard that looks like it has been designed rather than grudgingly included as an afterthought. The fascia materials quality is mostly good, although there is quite a bit of hard plastic in places where plusher trims might have been advisable and the brushed-aluminium effect isn't the most durable. There's plenty of space at the back with decent rear passenger legroom and a boot that measures 526-litres with the rear seats in place, extending to a massive 1677-litres when they're folded. A 65-litre fuel tank offers decent range if you plump for the diesel model - less so with the 3.6R petrol version. 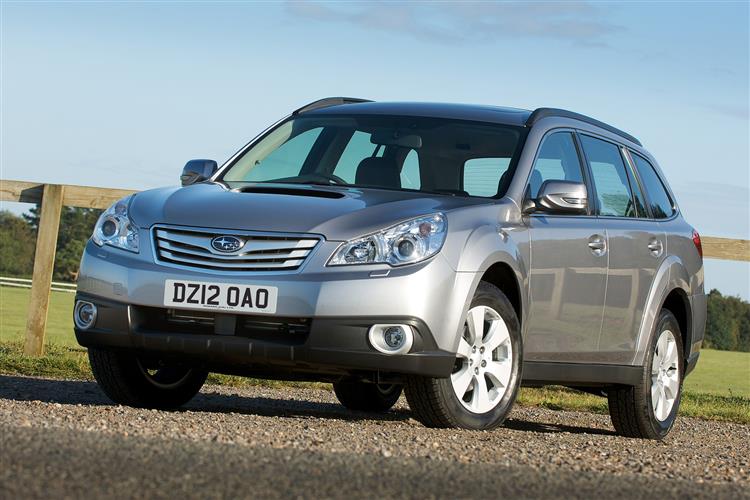