BLOWN AWAY (some text hidden)

The Porsche 911 needs little in the way of introduction and the signature model of the road car line has, since 1975, been the Turbo. When it first appeared, the 911 Turbo was something to be feared. Drivers clung on to this fearsome thing, its 258bhp making it one of the quickest production cars on sale. Each successive generation saw the 911 Turbo become more powerful and better resolved. By the time the water-cooled '996' generation car appeared in 1999, the Turbo had become genuinely civilised; rocket ship fast but civilised nonetheless. The car we look at here is that car's successor and tracking down a good used example shouldn't prove too difficult.

The '997' generation 911 was an evolution of the 996 with many changes designed to improve quality while retaining that car's winning blend of performance and usability. Although the 911 Carrera models appeared in 2004, it wasn't until 2006 that we got the Turbo version. First shown at that year's Geneva Show, it was initially offered as a coupe and the specification wasn't any great surprise. The Mezger 3.6-litre race-derived engine continued, drive went to all four wheels but power had crept up to 475bhp thanks largely to a pair of clever Borg Warner variable geometry turbochargers - a first for Porsche. The following year saw the debut of the 911 Turbo Cabriolet, with the first examples rolling out of dealers in September 2007. A key date to remember when dealing with this 997 generation Turbo is September 2009. This is when a heavily revised version of the 997 was announced at the Frankfurt Show. Dubbed the '997.2' by Porschephiles, this revised Turbo featured a bigger, more powerful 3.8-litre engine good for 495bhp. A seven-speed PDK twin-clutch sequential transmission replaced the old Tiptronic automatic if you didn't fancy the standard six-speed manual 'box. Believed by many to be a response to the superiority of Nissan's GT-R over the original 997 Turbo coupe, the 997.2 was seriously potent, even more so if you chose the car that arrived in 2010, the Turbo S. With 525bhp and 700Nm of torque and fitted with a launch control system, this was a car that wasn't about to wilt in the face of Japanese opposition. The 997.2-generation 911 Turbo continued to sell well even right through to the announcement of its replacement, the 991-generation 911 Turbo, in May 2013.

Bodystyle choice lies between this Coupe or the even more exclusive Cabriolet (no glass-roofed Targa option sadly) but either way, the 911 Turbo is a desirable car. Choose the 997.2 model and you'll benefit from a weight loss plan, the cars shedding up to 50kg as part of the improvement process, bringing the weight down to 1570kg in manual Coupe guise. The fabric-topped Cabriolet is actually only around 85kg heavier, one reason why there's virtually no performance penalty over the fixed head version. Soft top buyers don't even suffer in terms of luggage space, given that the boot is in the front. Not that there is much. With just 105-litres on offer, you'd do well to pay extra for the bespoke Porsche luggage kit so that you can make the most of it. Inside, though it doesn't have the vodka-bar chic of a Maserati or the Old Spice machismo of an Aston Martin, the interior is as classy as the exterior lines would suggest, if a little subdued for a car bearing a six figure price tag. The PCM Porsche Communication Management system dominates the fascia with its 6.5" colour screen display. It bundles satellite navigation together with the audio system and even an optional TV tuner. The front seats are large comfortable items that still sit you low to the ground but new model buyers had the choice of various more sporty seat options depending on how racy they wanted to feel. If like most buyers, you're looking for an automatic gearbox, you'll prefer PDK to Tiptronic if you want to feel the involvement of shifting gears yourself. 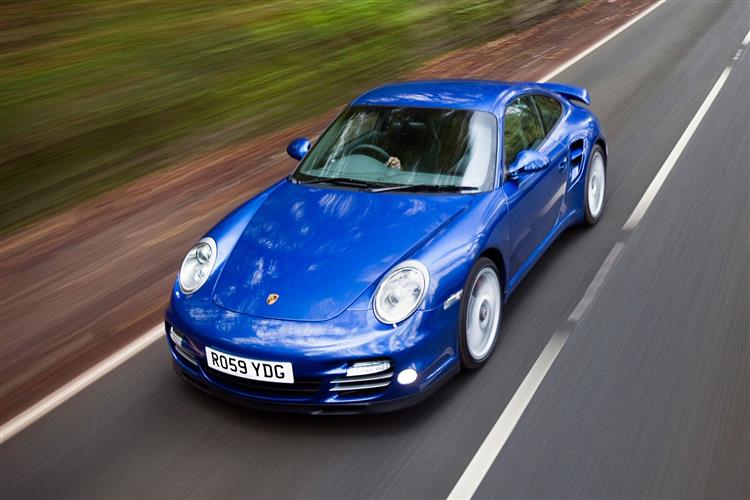