The Mercedes-Benz E-Class Cabriolet marked a stunning return to form by Mercedes in a market that seemed to have stagnated. Big four-seater open top cars are one of the most discretionary of purchases and introducing a brand new model right into the teeth of the credit crunch seemed a recipe for disaster. Fortunately for Mercedes, it didn't turn out that way. Here's what to check for when shopping for a used example.

Mercedes has some history when it comes to big, open-topped cars. So much in fact, that it's tough to know where to start. They've often played second fiddle to the more raffish SL models but the era of the 'modern' E-Class cabriolet probably begins in 1991 when Mercedes launched a convertible version of the W124 E-Class series in Europe. This model lasted right through to 1997 when the E320, E220, and E200 cabriolets ceased production and these cars are now looking like well-priced collectors editions. That marked a change in focus for Mercedes. Neither the subsequent W210 or W211 generations of E-Class spawned a cabriolet model, the Stuttgart company instead chasing a more dynamic image with CLK-badged drop tops for the next ten years. Belatedly realising that buyers in this class are often mature, valuing ride quality and equipment over big wheels and handling, the CLK badge was dropped and the W212 E-Class spawned a cabriolet once again at the North American International Auto Show in Detroit, in January 2010, going on sale on sale March 27 of that year in the UK. The car enjoyed very minor revisions and it wasn't until 2013 that this model was replaced by a car that looked outwardly similar but which was extensively updated beneath.

The E-Class Cabriolet features a high quality interior with plenty of brushed aluminium finishes and metal switches. Ambient lighting on the upper specification models created a swathe of soft light across the dashboard and doors which gave an agreeably upmarket feel. If you went looking for it, you'd find hard plastics on the lower dashboard but in general customers seemed happy with the interior build quality. The foot-operated parking brake was still as unpopular as ever. The driving position is brilliant and there's a whole stack of reach adjustment in the steering column. All models got heated seats as well which made all the difference on a winter morning. The triple-layered fabric roof motors open or closed in just 20 seconds, and is operable at speeds up to 25mph. It's well insulated both acoustically and thermally and you can even drop all four windows at the touch of a button if required. Mercedes' 'Aircap' system reduces buffeting in the cabin when travelling at speed while 'Airscarf' sends a blast of warm air around your neck, making top-down motoring feasible on more than just the four days we call the British summer. There's still not a great deal of space in the back for adults but kids will manage just fine and the 390-litre boot means that there's enough space for more than just a weekend away. 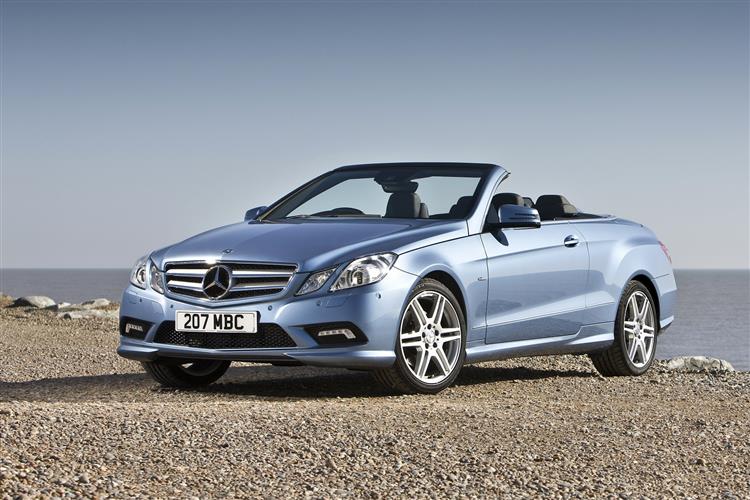