So you like the idea of a smart SUV but don't want to put up with the bulk? That always used to mean you were faced with some rather unpalatable choices, especially if you wanted a vehicle that rode fairly well on road. Ford's Kuga did much to change that when it first appeared in 2008. Here was a sassy looking but manageably-sized thing that was well equipped, priced well and drove extremely well. No wonder it sold well. It was facelifted in 2010 and here's what to look for when shopping for a used example of one of these revised first generation models.

Ford was uncharacteristically half-hearted in its entry to the SUV market. Where its rivals had realised that British buyers would love something like a Land Rover Freelander but at lower prices, the Blue Oval didn't really commit, offering us the Maverick from 1993, basically a roughly rebadged Nissan Terrano, following it with the 4.0-litre petrol Explorer from the US and then petrol-engined second generation Maverick, itself a rebadged Mazda Tribute. So for fully fifteen years, Ford missed the boat, selling us cars that were never really designed for the European market and which always looked third rate at best compared to rivals like the Freelander, the Nissan X-Trail, the Toyota RAV4 and so on. That changed with the introduction of the Kuga. Here was something fresh and smart. It sold well too. Maybe not as well as Ford had hoped as they were fighting from a virtual stationary point against rivals with a huge head start, but the first generation model shifted over 45,000 units in the UK until the second generation model appeared in 2013. In order to sustain these sales, the Kuga needed to be kept relevant. By 2010, with an army of new rivals launched against it, the Kuga needed a refresh, with more powerful, fuel efficient engines needed to complement the 2WD and petrol options Ford had introduced since the original version's launch. So equipped, a car that was already pretty in tune with its times earned an extra lease of life. As the crossover market expanded, the Kuga more than held its own.

Whichever Kuga variant you order, from the 2WD 2.0-litre TDCi 140 through 4WD models with 140 or 163PS power, plus the minority interest 2.5-litre 200PS petrol version, you should find it to be decently equipped. All come equipped with alloy wheels, air conditioning, an MP3 and iPod-compatible CD stereo, heated power door mirrors, a leather-trimmed steering wheel and front foglights. There's plenty on the options list though, including a neat 230-volt connector which enables things like laptops to be used in the back seats. Plus of course the 6-speed Powershift dual-clutch automatic transmission. Safety-wise, there are the usual six airbags, stability control, the latest electronic braking and traction control systems and a steering wheel designed to move sideways away from the driver in a high speed frontal crash. As for the cabin, the news that this car is 6mm longer, 3mm wider and a substantial 250mm higher than a Focus might understandably lead you to expect more space than is actually on offer. Legroom in the rear is a little tight for bigger people and three adults across the back seat will be a bit of a squash, though two should be quite comfortable, provided they're not of basketball-playing height. Out back, the 360-litre boot is actually smaller than a Focus's, though it does regain an advantage when you push forward the split-folding rear seats to liberate 1355-litres of fresh air. It's certainly a very accessible space too, with a separately-opening rear screen that makes it easy to load in small items, plus under-seat storage in the second row and an under-boot floor compartment. 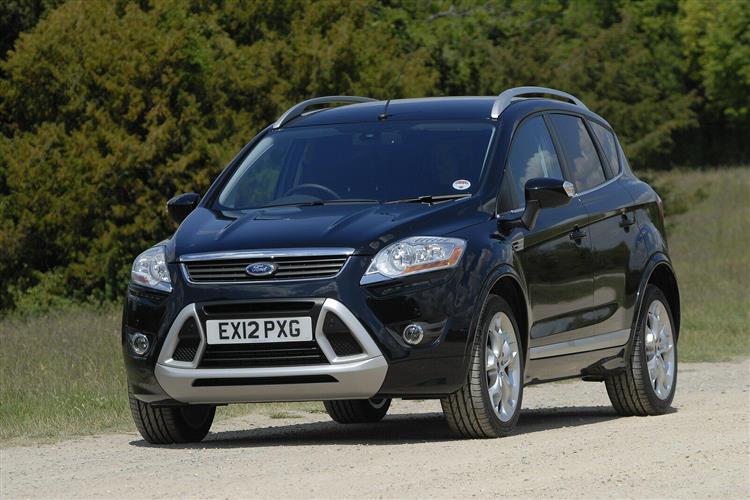