NIP AND TUCK (some text hidden)

The medium range sector is, to be frank, an unsightly squabble amongst a number of big manufacturers. As buyers increasingly defected to compact executive cars and small SUVs, the likes of Ford, Vauxhall, Peugeot and Renault saw their huge numbers dwindle and with it the seed corn for research and development into other models. Renault felt the hit hard, not only because the market was contracting but because Renault launched the Laguna III into it, a car that never really challenged for class honours. While it had its attractions, the third generation Laguna neither drove well enough nor looked good enough to challenge the likes of the Ford Mondeo or the Vauxhall Insignia. Remedial work needed to be done and this arrived in 2010 with the much modified version. Here's what to look for when shopping for a used model.

Perhaps the svelte Laguna II had rather spoiled us but when Renault launched its third generation car back in summer 2007, it's fair to say that the motoring press and the public alike weren't exactly knocked flat by its beauty. Business buyers liked the economical diesel engines but the Laguna needed to do better than rely on business sales, where big discounts were often negotiated by fleets. The Laguna soldiered on gamely, Renault trying to point to the improved build quality and better reliability but it wasn't until the revision in late 2010 that it really started to hit its stride. By then, Renault had figured out what was selling and what wasn't and slimmed the petrol range down to just one engine, concentrating instead on its frugal diesels. The styling was sharpened, equipment levels beefed up and driving dynamics improved. If you'd written the third-generation Laguna off as one to ignore, take a look at these late model cars with a fresh perspective. You won't be the only one to be a bit underwhelmed by the Laguna III in its original form, so you can take advantage of a lack of recognition for the much improved run-out models we're looking at here and land a real bargain when shopping used.

From the outside, this Laguna is different - but not too different. The look is certainly more assertive, thanks to revised 'eyelid' headlights, wide fog lamps and a long bonnet which slopes gently down to the smart pearlescent black grille. More extensive use of chrome trimming is further supposed to highlight the dynamic credentials of both Hatchback and Sport Tourer estate models. The interior remains unaltered apart from a more up-market choice of upholstery but there was very little wrong with that in the first place, Renault having concocted one of the sector's slickest cabin environments. All models get anti lock brakes with brake assist and ESP stability control. Should that fail, the passive safety provision runs to double pressure, double chamber airbags and dual pre-tensioner seatbelts. Renault has also focused on side-impact protection with thorax and pelvis side airbags fitted along with sensors that determine the force of any impact, adjusting the release time of the safety systems accordingly. The Hatch and Sport Tourer body styles are offered in a slimmed down range of Renault trim designations starting with Expression and Dynamique and extending to the Tom Tom Edition and the range topping Initiale. All variants get alloy wheels, a CD-RDS stereo with fingertip remote control, air conditioning, Bluetooth hands free technology, an alarm, electric windows all-round, electrically heated door mirrors and a leather steering wheel. Improvements include the provision of an upgraded Carminat TomTom sat nav system which can warn of mobile speed checks, access Google's Local Search service and bring you weather forecasts. An even better Bose audio system was also developed for this car featuring an 8cm-diameter neodymium mid-high range centre speaker, four 3.5cm-diameter neodymium tweeters, four 16.5cm wide-range neodymium speakers, an 11.5cm neodymium bass speaker in a Bass-Reflex enclosure and a digital amplifier with Bose digital signal processor and six channel individualised equalizer. Even the most committed audiophile should be satisfied with that. 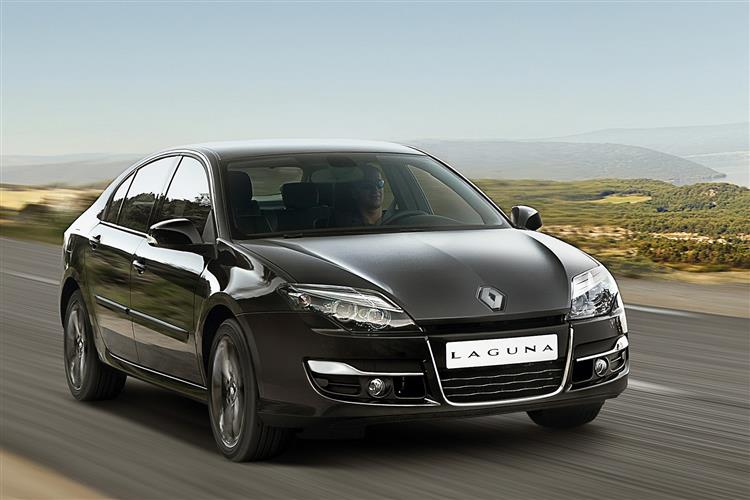