ENTER THE ANTARA (some text hidden)

Five or six years into the 21st century, car dealerships nationwide must have been mysteriously overrun with people in mud-splattered combat fatigues and cowboy hats wanting to buy off-road vehicles. The only other explanation for the sudden proliferation of compact 4x4s around this period would be that families had started buying them because they were trendier and a bit more practical than the usual hatchbacks and saloons. Whatever the true source of the demand was, even manufacturers with little or no experience in the all-wheel-drive field rushed to satisfy it, giving rise to a whole clutch of vehicles like Vauxhall's Antara.

When it became clear that any mainstream manufacturer without a 4x4 vehicle on its books was missing out on a potentially lucrative slice of the fastest growing market sector around, they all dived in. Rather than shouldering the development costs alone, many of the big brands forged alliances with other marques that had a little more 4x4 knowhow. Vauxhall teamed up with its fellow General Motors Group company Chevrolet, the twin results being the Chevrolet Captiva and the Vauxhall Antara. Vauxhall did have some prior experience with 4x4s but had vacated the market after having its fingers burned by less than favourable responses to the Frontera (a rebadged Isuzu) in the 1990s. Despite this, the Antara was launched in 2007 with a couple of engines and some optimism. There was an aged 2.4-litre petrol included mainly to generate a temptingly low entry-level price and a 2.0-litre common-rail diesel that most buyers ended up with - particularly if had the misfortune to try the petrol. Trim levels of E, S and SE were available from launch but sales were slower than expected and the range was slimmed down over the next few years. The 2.4-litre petrol engine bit the bullet fairly quickly and by 2010, the diesel engine was offered only in Exclusiv and SE trims. A major hindrance to the car was that, unlike its Chevrolet Captiva sister vehicle, it could only be ordered in five-seater guise.

The exterior design is clever in reducing the perceived bulk of what is a surprisingly spacious vehicle. Viewed in isolation, the Antara looks to be about the size of the equivalent Toyota RAV4 or Suzuki Grand Vitara but the tale of the tape shows that it's a much heftier piece of metalwork. For a start, it's fully 4,570mm long making it bigger even than the seven-seat Vauxhall Zafira MPV that was sold alongside it. That figure should be taken with a pinch if salt though, as the Antara has a lot more bonnet than the Zafira and the wheelbases are around the same. Drop into the Antara's cabin and it's undoubtedly a Vauxhall product. The switchgear crops up repeatedly in other Vauxhall models of the era. Three circular air vents dominate the fascia, sitting beneath a unit that houses the satellite navigation, if it's specified, or the stereo controls and on-board computer, if it isn't. Unlike the Captiva, which shares the same platform and could be specified in seven seat trim, the Antara was strictly a five-seater. With the rear seats folded, there's 1,420 litres of luggage space available and even with them in place, capacity isn't a problem. The loading aperture is quite narrow, however, the tailgate fitting between the two big rear light clusters. The next important question is, what does 'Antara' mean? At first I figured it was one of those vaguely Greek sounding made-up words that creative agencies are paid a fortune to come up with but it is, in fact, the equivalent of a verse in Hindustani classical music. Vauxhall was even beaten to the punch as a trade name, Antara being a prescription drug designed to lower cholesterol, so perhaps an even pricier agency should have been commissioned when tasked with naming the car. 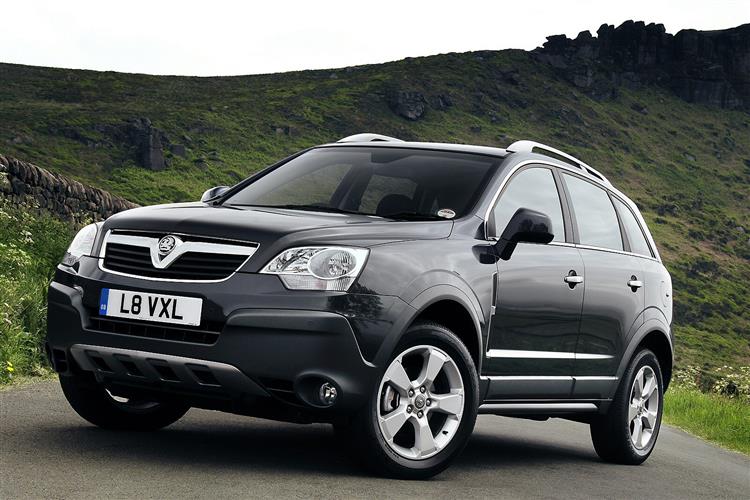