THE BEST THINGS IN LIFE ARE FREE (some text hidden)

The Freelander 2 is the compact 4x4 we all knew Land Rover had the capacity to build. Whereas its predecessor's spread of talents was distinctly patchy, the Freelander 2 offered superior build quality, sleeker styling and even better off-road potential. It was also a car that improved quite significantly over the course of its life and the models we look at here are those built from 2008 through to the 2011 model year facelift that arrived in dealerships at the end of 2010.

By the time 2008 rolled round, the Land Rover Freelander 2 had already earned its reputation as the classiest compact 4x4 around. Now contributing to rather than living off the Land Rover brand, the Freelander nevertheless found itself looking down the barrel of the credit crunch with buyers keeping what money they had under lock and key while nervous banks refused to extend lines of credit to anybody without an impeccable credit score and some serious collateral to back it up with. In other words the market for smart 4x4s virtually evaporated overnight. Remedial action was required. The first and most obvious change was to can the slow-selling, thirsty and expensive 3.2-litre petrol engined cars. An environmental and austerity pitch couldn't be taken seriously when there was a 232bhp slugger in the line up that managed 25mpg and spouted 265g/km of carbon dioxide. Land Rover decided that an all-diesel line up was the way forward and reinforced the message by introducing the TD4_e, a model that reduced the diesel engine's CO2 from 194 to 179g/km and featured a Stop/Start system that cuts the engine when the car is stationary - a first in the SUV sector. This Stop/Start technology was rolled out to all manual models in 2009.

If you're thinking of graduating to this Freelander 2 from an original Freelander, you're in for a treat. It's fully 50mm longer, 109mm wider and 32mm taller and the wheels were shifted further towards each corner, freeing up another 105mm in the car's wheelbase, making rear seat accommodation a whole lot better and improving off-road ability into the deal. The kerb weight crept up to over 1,900kg in the process but a parallel improvement in safety and refinement is a transaction most customers will be willing to accept. Quality-wise, the interior is a somewhat unusual mix of very high quality materials with some surprisingly cheap plastics. It's better than you'd expect in a mainstream compact 4x4 but perhaps not quite of the standard you'd find in the Freelander's premium-badged German rivals. There are four trim levels offered: S, GS, XS and HSE. The S model misses out quite badly in not being fitted with the amazing Terrain Response system, so I'd be tempted to walk on by. The Freelander feels a classier and more sophisticated proposition than compact 4x4s such as Nissan's X-Trail, Toyota's RAV4 and Honda's CR-V. By the same token, though, its genuine off-road prowess and Land Rover badge mean you're far more likely to see a mud-splattered Freelander than a premium compact SUV like the BMW X1 or Audi's Q5 with soiled alloys. The Freelander's mix of quality and honest practicality set it apart and the latest cars add greater efficiency into that rare mix. You'll need a manual TD4_e model to take advantage of low emissions and superior fuel economy. By contrast, the automatic model looks increasingly outmoded. 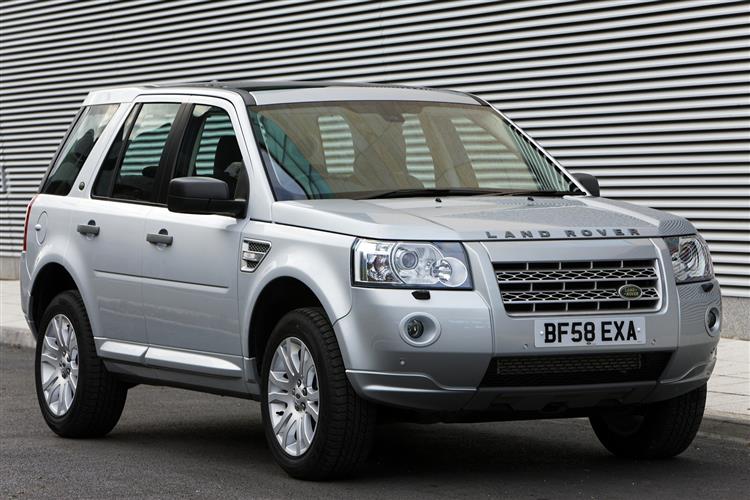