RESUME THE POSITION (some text hidden)

To the uninformed, a Land Rover Freelander is just one of a number of rather unnecessary compact 4x4s that seem to be popular. Those who know a little more about the Freelander will know that it has developed into the best car in its class. True students of the Land Rover marque will know why and why the Freelander is a vehicle with one of the more interesting development stories behind it. What you probably want to know now is how much you should pay for a used example and what to look out for.

The original Freelander had a very troubled birth. Despite seeking help from Honda to develop the car, the Japanese declined as work was already in an advanced stage with their own offering, the CR-V. Forced to go it alone and utilising many parts from the Rover group parts bin including a modified Maestro floorpan and the K-series engine, the Freelander nevertheless was a good looking car that wore the right badge and had broad appeal. Unfortunately reliability was dreadful. Over its ten year lifespan, the Freelander tightened up in terms of quality and design but after the launch of the all-new Range Rover in 2002, the Discovery 3 in 2004 and the Range Rover Sport in 2005, the Freelander was conspicuously the weak link in the Land Rover line up. With Ford bankrolling the car's development, industry insiders knew that the Freelander 2 was going to be good; a 'proper' Land Rover at long last. So it has proved. With talented rivals like the Nissan X-Trail, Honda CR-V and BMW X3 to contend with, the Freelander has more than held its own. Launched in 2006, the Freelander range concentrated on diesel power, was bigger and better built than before and was far superior off road. Latest reports also suggest that reliability is at a decent level as well. In early 2008, the sporty road-oriented HST variant was announced.

What You Getword count: 209

The shape is instantly familiar, albeit one which looks as if vehicular geneticists have artificially inseminated a Freelander with some purebred Range Rover DNA. The MK1 Freelander was one of those rare exceptions - a vehicle that just got better and better looking throughout its lifetime and the second generation car has upped the ante again. Whilst it retains the chunky good looks, Land Rover has imbued it with a far more premium look and feel, which is just as well as, model for model, the Freelander2 is a more expensive car than its immediate predecessor. It feels it as well, but that's because a cheap three-door variant is no longer offered, nor is the rather weedy 1.8-litre petrol engine that never did the Freelander any favours. Although the shape is familiar, you get more Freelander for your money in second generation guise. It's 50mm longer, 109mm wider and 32mm taller but the wheels have been moved further towards each corner, freeing up another 105mm in the car's wheelbase, making rear seat accommodation a whole lot better. Weight has crept up a whopping 250kg to around 1770kg in the process but a parallel improvement in safety, refinement and quality is a transaction most customers will be willing to accept. 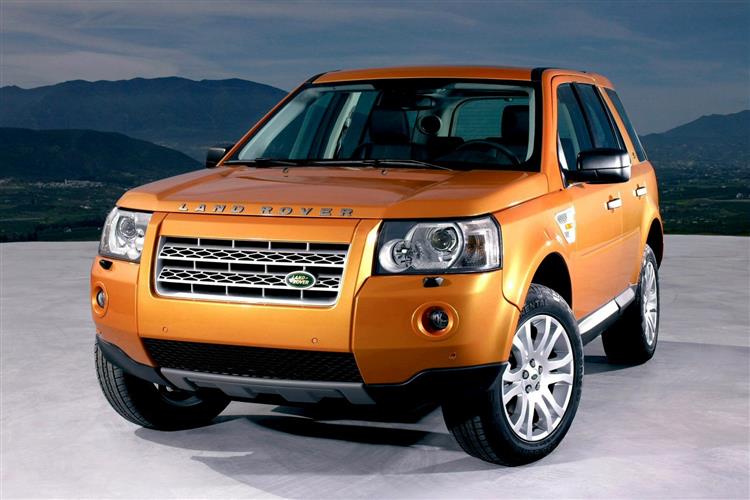