TOUR OF DUTY (some text hidden)

Volkswagen took a long time bringing their Touran mini-MPV to market but when it arrived it was received as a job well done. Available in either five or seven-seat guises, the car was as well engineered as you'd expect from Volkswagen and was powered by a wide range of competent engines. If lacking a little in styling flair, the Touran certainly couldn't be accused of skimping on space and versatility. It's still probably the most competently screwed together and solid feeling of any mini-MPV and scores high on the sensible scale. Used examples are now starting to appear and they make a sound bet for the longer term buyer.

There's a story, probably apocryphal, that Volkswagen's designers were already well advanced in their assault on the mini-MPV market when Vauxhall launched the seven seat Zafira in 1999. Suddenly Volkswagen's five seat offering looked a little inadequate and the designers went back to the drawing board. Fast forward to 2003 and Volkswagen at last had an entrant in the lucrative mini-MPV sector in the rather generic shape of the Touran. Why the wait? Surely it doesn't take four years to bring a car from the design stage to production, even one as well thought out as the Touran? Those intervening years saw a huge growth in the mini-MPV sector, with Citroen, Vauxhall and Renault largely carving the spoils up between them, Volkswagen and, surprisingly, Ford having nothing to offer. There is, however, a sound technical reason why Volkswagen was so late to the party. With an entirely new platform designed for the 2004 model year Volkswagen Golf, the top brass in Wolfsburg felt it wasn't cost effective to build a stopgap mini-MPV based on the 'old' Golf chassis. Instead, they reasoned, it was better to bide their time until this superior set of running gear was available. The Touran was the second car in the Volkswagen Group to adopt a chassis that adopts a sophisticated independent rear suspension system. This is said to offer superior comfort and better handling, minimising the lurching body roll that can afflict some mini-MPVs. An entry-level TDI 90 diesel engine was introduced in the winter of 2004 and a 168bhp 2.0-litre TDI followed in 2006. The next landmark in the Touran's lifecycle was a big one. The 2006 facelift addressed criticism that VW's MPV was a touch frumpy with a significant restyle to the front and rear. This made the car look lower and altogether more dynamic and the interior too was refreshed. At the same time, the 1.4-litre TSI petrol engine was introduced with its turbocharged and supercharged technology. The 1.6-litre and 2.0-litre FSI units were ditched at this point.

Slip inside and it has the same quiet feel good factor of all contemporary Volkswagen products. The build quality is superb and the ergonomics first rate. Three trim levels are available, S, SE and Sport, and every version gets a six-speed gearbox with the option of a six-speed automatic. The diesels are also available with the revolutionary twin-clutch DSG gearbox, as seen in the Audi TT 3.2 V6. But what of the seats? You can't bring a mini-MPV to market these days without having some sort of new seating stunt for shiny-suited salesmen to demonstrate. The Touran has more than one up its sleeve, offering the most practical interior seen since the launch of the groundbreaking Zafira. Available in standard five or seven seat guise, the Touran's seating system is certainly flexible. The rearmost pair of seats, whilst only really suitable for kiddies, can fold flat into the floor which means that for most of the time you'll have an easily accessible and spacious luggage bay. You can even fold the middle seat of the middle row, making a four seater that can transport long items like skis with supreme ease. All three of the middle seats slide backwards and forwards on separate runners. Quick release levers take care of seat removal and it's good to see seats that don't weigh a tonne. With 39 separate storage areas around the cabin, you may need to make a mental checklist of what you left where. Included in that number are under seat trays to keep valuables out of sight, three fold-down roof mounted cubbies, a rear under floor bin and more cup holders than the Real Madrid trophy room. Pockets in all four doors can accept a litre bottle and there are the usual MPV accoutrements such as seat backs that double as tables and aircraft -style fold down trays. Access to the rearmost set of seats is refreshingly easy due to the thoughtful way the middle row flips and slides forward. 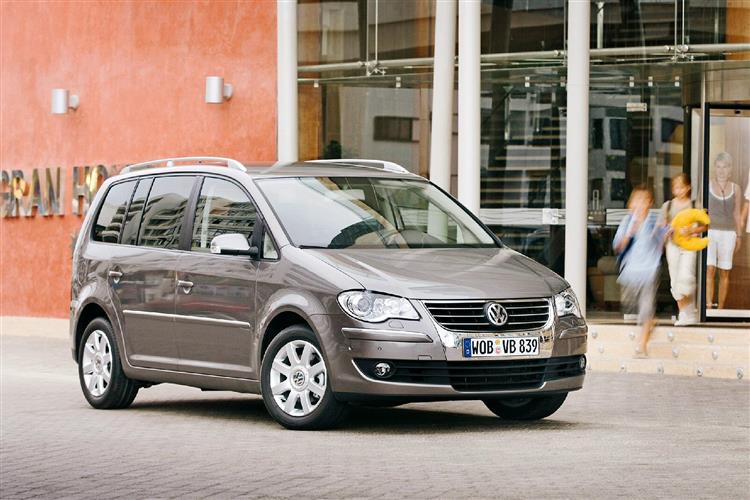