OUT AND ABOUT (some text hidden)

Mitsubishi was kind enough to give French manufacturers Peugeot and Citroen a big leg up into the compact 4x4 sector when it joined forces with them to produce its second generation Outlander, Peugeot's 4007 and Citroen's C-Crosser from a common platform. While the French gained Mitsubishi's considerable expertise in the construction of 4x4 vehicles, Mitsubishi was on the receiving end of some advanced diesel engine technology. It appeared that everyone was indeed a winner.

A sound diesel engine was just what the doctor ordered for the Outlander. The original car had laboured somewhat fruitlessly in the UK market with a 2.4-litre petrol unit mated to an automatic gearbox. Buyers were less than interested in this costly combination but the second generation model corrected the problem with a Volkswagen-sourced 2.0-litre direct injection unit and the excellent 2.2-litre common-rail diesel borrowed from PSA Peugeot Citroen as well as the long-serving 2.4-litre petrol. It also helped that this generation Outlander was a massively better product than the previous model. Mitsubishi's main problem was that the compact 4x4 sector has expanded rapidly in the years that the first Outlander was on sale. Virtually every mainstream manufacturer had or was planning to have an entrant by the time the Mitsubishi hit the streets in early 2007. There was also the added problem of the Outlander's Gallic sister vehicles which offered the same qualities with more mainstream badges from wider networks of dealers. The Outlander hasn't sold as strongly as it deserved to as a result and on the used market, it remains an option with the capacity to slip under the radar of potential buyers. Those in the know may be able to turn this to their advantage.

What You Getword count: 288

There are definite Toyota RAV4 design cues about the Outlander, especially around the rear pillars, but it has to be one of the best looking cars in its class - composed and athletic where its predecessor was boxy and wilfully weird. The rising window line gives it a dynamic stance while the front grille is a whole lot happier looking, conforming to Mitsubishi's so-called 'Mount Fuji' family look. I didn't come up with that name, by the way. The Outlander certainly seems to offer plenty of versatility. At 4640mm long, 1800mm wide and 1680mm high (1720mm with roof rails), it casts a smaller shadow than many traditional family estates, while still offering a spacious and well proportioned five-seater cabin with decent head, leg and shoulder room. A split tailgate, capable of supporting 200kg, provides easy access to the large and regularly shaped 541-litre boot, which can be extended to a vast 1691-litres with the second row of seats folded away. The interior nominally seats five but the "Hide&Seat" system pops an additional bench seat up from below the cargo bay floor to provide occasional seven-seat versatility, although, if you're looking for a car that's going to seat seven on a regular basis, I'd counsel going for something that's got a bit more wheelbase about it. There's also a clever second row Auto-Folding seat function that was available as an option. Operating a switch on the side of the luggage compartment causes the backrest to fold down, the seat to slide forward and then the whole assembly to tumble forward. There's no need to wrestle with head restraints and fiddly catches anymore. Plus there are also utility bars for attaching a variety of accessories and three 12v power outlets. 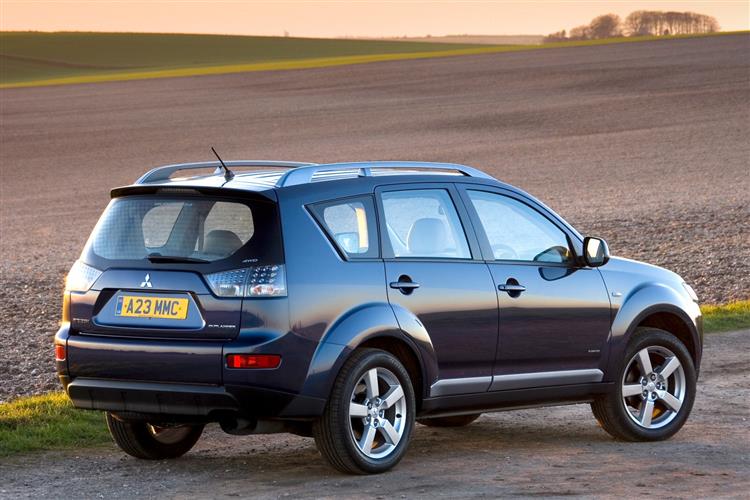