Small cars don't always get the credit for innovation that they deserve. We're used to the idea of design features and technologies being trailed in big and expensive cars then filtering down to less opulent vehicles over time but we often fail to appreciate the ingenuity and original thinking that debuts in models from the littler end of the spectrum. In many ways, it's harder to be inventive at this lower level because the cost constraints are that much tighter but that didn't stop Mitsubishi from pulling out all the stops with its i car.

It's worth pointing out at this stage that the i car was an independent venture undertaken by Mitsubishi and had nothing to do with Apple, the purveyors of the iPod, iPhone, iBook, iPad and goodness knows what other similarly prefixed products by the time you read this. In fact, it was a mild surprise at the time that the Japanese manufacturer managed to get a product called the i anything to market at all without intervention from Apple's legal team. The i was a long time in development. The first public glimpse of the car came with the unveiling of the i Concept at the 2003 Frankfurt Motorshow but little attention was paid to the car because its futuristic looks smacked of a designer's flight of fancy that would never see a production line. If anything, the second prototype, dubbed the Se-Ro and unveiled later in 2003, was even weirder Mitsubishi clearly thought there was something in it. Almost three years later, in 2006, the i went on sale in Japan to considerable critical acclaim but it was 2007 before anyone could buy one officially here. As a four-seat, five-door city car with rear wheel drive and a rear-engined layout, this isn't exactly a conventional citycar. In 2007, the Smart ForTwo was the height of small car quirkiness but the i made that look like a diesel Ford Mondeo with its unorthodox thinking. Pricing always seemed high compared to other city car options and by 2009, the i had disappeared from UK showrooms in its original form. The car did live on however because it formed the basis for Mitsubishi's i-MIEV electric vehicle which was launched in 2009.

What You Getword count: 258

The i car makes great use of the available space but there isn't very much of that within the confines of this diminutive vehicle. Four adults can fit in for typical city journeys and there's even a usable boot, although the i isn't really cut out as a family car. The rear seat back splits to allow larger objects to be carried but with the engine under the boot floor and back seats there isn't a huge capacity. Heat rising from the engine bay can also make the boot rather warm - great for takeaways, less so for your frozen chicken. The egg-shaped profile and wheel-at-each-corner stance of the i makes it stand out on the road. That's likely to suit buyers who want to drive an environmentally-friendly vehicle and would also like everyone else to know that they're driving one. General build quality is reasonably tough but the plastics don't feel very expensive and the interior is less attractive in its design than the outside. Just one model was offered to UK customers and it's reasonably well equipped with climate control, a six-speaker CD stereo system, electric windows all round and electrically operated and folding door mirrors. The i also offers the novelty of Oeko-Tex Standard 100 certified hypoallergenic seat fabric. Working with a deodorant roof lining and a clean air filter, this fabric apparently helps purify the cabin. Safety wasn't ignored in the quest for compactness as there's standard anti lock brakes with electronic brakeforce distribution, twin front airbags, ISOFIX child seat mountings and anti-trap windows. 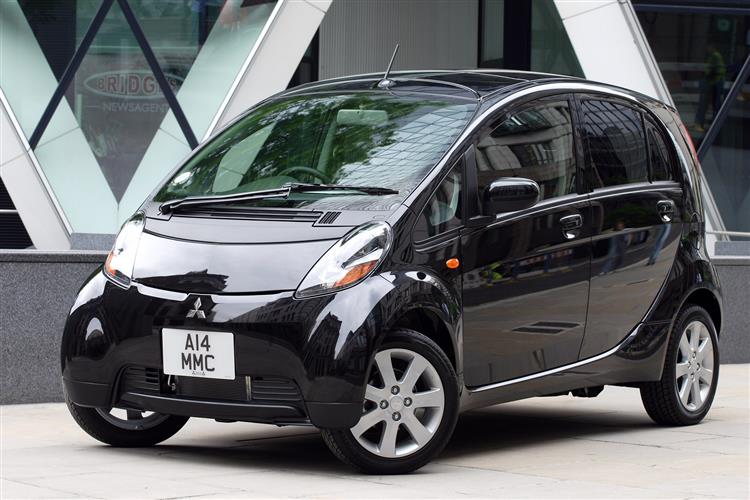