A BIG SLICE OF SILENCE (some text hidden)

The captains of industry who might buy and spend their time reclining in the back of a luxury saloon like the Lexus LS are a demanding bunch. They didn't get where they are today by installing their trusted chauffeurs behind the wheels of vehicles that fall below the very highest standards of opulence and refinement. They also didn't get where they are today by buying used cars. Which is why demand for the LS and its ilk tends to fall off dramatically once they have a few miles on the clock and a shiny new replacement in the showrooms. It all goes to make them look conspicuously cheap for the used buyer willing to shoulder the running costs.

By 2006, Lexus was well established as a major rival to the big German premium brands - BMW, Mercedes-Benz and Audi. The achievement of a company founded in 1989 rising to such a position of prominence should never be underestimated, even if Lexus did benefit from having the might of Toyota propelling it along. The challenge for Lexus, however, was to shrug off the pats on the back that came with it being as good as the competition and knuckle down to the task of becoming better. The LS was a perfect place to start, as the flagship model in the range and a direct rival for luxury car royalty like the BMW 7-Series and Mercedes-Benz S-Class. A breakthrough for Lexus here could have far-reaching benefits. This LS arrived in the latter stages of 2006 in LS460 guise. It followed in the footsteps of the LS430, which sold between 2000 and 2006, and the LS400 which had its innings between 1998 and 2001. The car is powered by a 4.6-litre V8 engine that sends power to the rear wheels via an eight-speed automatic gearbox. In summer 2007, that V8 was supplemented by another one but this was the 5.0-litre eight-cylinder engine in the LS600h - a hybrid. The continuing rejection of diesel by the core Lexus markets around the world including Japan and the US saw the brand put its eggs in the hybrid basket when demand increased for greater efficiency. The resulting LS600h assists its V8 petrol engine with an electric motor and sends the resulting power to all four wheels.

This Lexus LS series as a whole came as a refreshing change to that which went before. Imitation is the sincerest form of flattery and as such, perhaps Mercedes was blushing coyly as the first two generations of LS models shamelessly aped the S-Class in many details and functions. By 2006 however, having matured as a company, Lexus was able to express its own design language and its own philosophy on how a luxury car should operate. The LS could be nothing other than Japanese and although it is very different in execution to the alternatives from BMW, Audi and Mercedes, it's no less effective. Although the fascia could never be described as pretty, being illuminated like Shinjuku at night, it's easy to access all the major functions, of which there are a lot. Build quality is excellent, space in the front is excellent and space in the back of the short wheelbase model is adequate, if a little down on the German competition. The long wheelbase car offers enough room to really stretch out and warrants the employment of a chauffeur. The only minor grumble is the relatively mean 330 litre boot in the LS600h, the capacity of which is impinged upon by the hybrid battery packs. 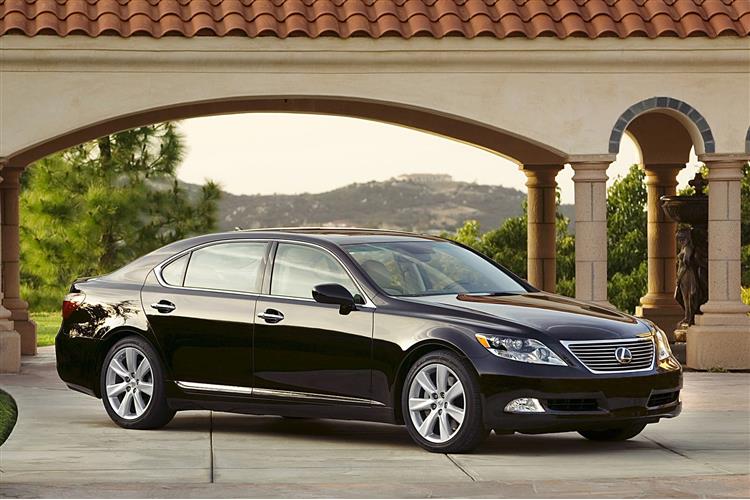