Recommending a car to someone can be dangerous. If your opinion has been sought, there's a good chance that the person has already settled on a vehicle and is merely after confirmation. In which case, fingering a model other than the one they've earmarked is only likely to produce animosity. Even worse is when your advice is actually followed. They buy the car, don't like it and want to know what you thought you were playing at when you recommended it. There are other nightmare scenarios too, which is why it pays to have a few default cars to fall back on. These shouldn't be too obvious if you want to look like you know your stuff. For family car buyers, a used Mazda6 is a sure-fire bet.

Ford was embarking on a purple patch of epic proportions around the time that the first car carrying the Mazda6 name arrived in 2002. Fiesta, Focus, Ka, C-MAX, S-MAX, Galaxy: these cars were to rule the roosts in their respective market sectors over the coming years with their sharp design and finely honed driving dynamics. Mazda, being part-owned by Ford, was in the happy position of being taken along for the ride. That first Mazda6 was a gigantic advance from the tedious 626 that preceded it, largely because it was based on the platform of the Ford Mondeo. When a new Mondeo arrived in early 2007 to major critical acclaim, an all-new Mazda6 based on that car was only a matter of months behind. Mazda can't have believed its luck. This second generation Mazda6 arrived with a solid but unremarkable engine range in November 2007. There were 1.8, 2.0 and 2.5-litre normally-aspirated petrol engines plus a 2.0-litre diesel. Trim levels too gave little cause for excitement with S, TS, TS2 and Sport lines following the same formula as the old model. Saloon, hatchback and estate versions were offered but much more exciting was the way the Mazda6 looked and the way it drove. In January 2009, the 2.0-litre diesel engine was replaced by a trio of 2.2-litre units with 123, 161 and 183bhp. A Sports Luxury trim level had also been introduced at the top of the range. A facelift in 2010 brought subtle styling tweaks and upgrades to ride and handling. The engines were also revised gaining improved economy, while an all new 2.0 petrol with 153bhp was also introduced.

A key design criteria on the second generation Mazda6 was that 'it should still look fresh in ten years time' which sounds like great news for used buyers. The stylists certainly created a good looking and slippery shape with a drag coefficient of Cd 0.26 for the 4735mm long hatchback and saloon versions. Mindful that rivals were getting larger, Mazda's designers knew they needed a larger cabin, yet the shape needed to retain the sharp sportiness of the original version. By and large, they succeeded. The windscreen is deeper and higher, creating a feeling of spaciousness actually delivered by a slightly wider body that offers occupants greater shoulder room. Thanks to the longer wheelbase, knee room for the rear passengers increased by 13mm. In the rear, the 60/40 split seatbacks fold forward with a simple, single movement (using Mazda's neat karakuri folding system), presenting a flat luggage floor. We liked the fact that on the estate model, the rear tonneau cover automatically moves upwards as the tailgate is opened, eliminating the need to handle the cover every time cargo is loaded or unloaded. The car feels impressively well screwed together. Body panel gaps were greatly reduced and higher quality materials introduced for more of premium feel. It's still wasn't the plushest cabin in the medium range sector with an over-reliance on dark plastics in evidence but it comes close. 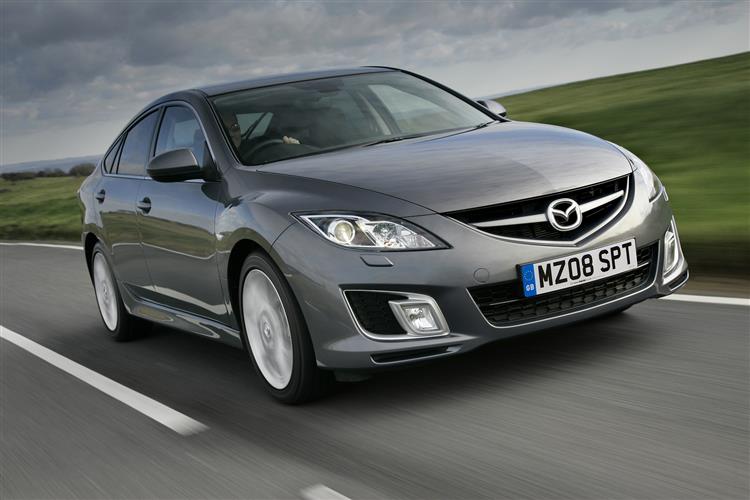