THE RETURN OF THE MAGNIFICENT SEVEN-SEATER (some text hidden)

The second generation Vauxhall Zafira had a massive task on its hands when it arrived in dealerships back in July 2005. Its predecessor had established a template for clever seven-seat mini-MPVs, a template which rivals manufacturers were scrabbling to emulate and improve upon. Bigger and better finished than before, the Mark 2 version of the Zafira moved the car upmarket and onto the shortlists of a whole new group of buyers. As a used vehicle it's well worth a look.

The Zafira is one of the most significant family cars of the last ten years. It's the vehicle that changed the way we bought compact MPV-style vehicles, fragmenting the market into five and seven seat models and showing that with some ingenuity, you could pack a lot of practicality into quite a modest wheelbase. It has to be said that this second generation Zafira probably isn't quite as smart as its forebear. It's bigger, hinting at slightly lazier design parameters, and the seating system is nowhere near as intuitive. That said, it's still one of the very best of its ilk and if the purity of design has been diluted a little, the improved driveability and quality more than make up for it. By the time this vehicle was launched in July 2005, the MPV market was starting to split along firm lines depending on numbers of seats. The Zafira, having set the seven-seat agenda back in 1999, then blurred the boundaries again, this vehicle being a five seater for most people most of the time with the remaining pair of chairs popping up on an occasional basis. This hasn't stopped other car makers trying to better the formula but the sales figures show considerable brand loyalty to the Zafira. The range was augmented in September 2005 with the 2.2-litre Direct petrol engine and then in November with the ripsnorting 237bhp VXR variant. The Active special editions debuted in February 2006 and the Elite was introduced as a plush range-topping derivative in mid 2007. The Zafira was facelifted early in 2008 and gained a sharper looking front end plus some upgraded trim materials. The basic package remained unaltered. In 2009, an ecoFLEX version was introduced based around Vauxhall's 1.7-litre diesel engine. This car has various efficiency modifications rendering it capable of 53mpg combined economy.

The one thing you can never have enough of in an MPV-style vehicle is space and sure enough, the tale of the tape reveals that the Zafira succumbed, if not to middle age spread, then at least a little loosening of the belt. This is perhaps understandable given the fact that with utility vehicles like the Meriva mopping up sales in the supermini-MPV class and no recognised full-sized MPV contender, there was a vacuum into which the Zafira would be drawn. Six inches longer, 1.5 inches wider and a shade taller than the outgoing car, the MK2 Zafira retained the seven-seat configuration, with a middle bench seat offering three berths and two seats in the back that also fold flat into the floor. What did change was the amount of legroom on offer to the occupants. Whereas the old car would have been hideously cramped with all seven seats in use, the later model offers a little more breathing space. It's still not ideally suited to a rugby sevens team and their kit, but for the larger family, it's close to perfect. As before, the seating system is so versatile that the Zafira can be configured in two, three, four, five, six or seven seat guises with a little practice. Most buyers will run in five-seat format, and in this mode the Vauxhall can cope with 620-litres of luggage - fully 20 more than the old car. Depending on the trim level, the Zafira can also boast up to 30 storage compartments. The 'Flex Organiser' luggage bay stowage system that proved a success with Astra Estate buyers was also available on this Zafira. 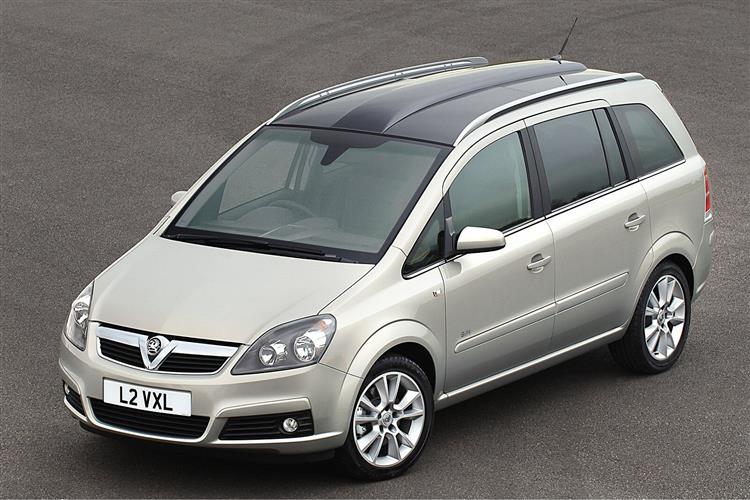