Land Rover certainly knows how to keep us on our toes. When I caught sight of my first production ready Range Rover Sport, it took a Land Rover employee to point out the differences. I was expecting something low and sexy with three doors and here was something rather different. From that moment on, things got a whole lot better. What you're buying with the Range Rover Sport is the off road capability and technical brilliance of the Discovery 3 matched to the style and ambience of the Range Rover. It's probably the best vehicle Land Rover has made to date and is in big demand as a used buy.

Although some prospective customers were a little disappointed that the Range Rover Sport didn't look a great deal like the Range Stormer Concept shown at Detroit in 2004, a short drive in one should have been enough to banish any misgivings over the restrained styling. With the clever Terrain Response system of the Discovery married to Range Rover looks, this vehicle was a good deal smarter than we initially gave it credit for. The Sport landed in dealers in May 2005 and sold strongly. Land Rover went some way to catering for those who were after a more extreme looking car when it introduced the bespoilered HST model in April 2006. Taking many of the design cues from the Range Stormer car, this offered an upmarket way to turn heads. The TDV8 engine arrived in the 2007 model year range and ensured that rapid performance and reasonable economy were no longer mutually exclusive concepts in the Range Rover Sport.

The wheelarches are subtly flared, thin side vents sit behind the front wheels and there's a sharp swage line that runs along the car's hips. The windscreen is sharply raked back and the perforated front grille looks like a set of expensive kitchen knives. The biggest change from the show car was the move from three doors to five and if there was a feeling that the design has been unacceptably watered down, the detailing of the Range Rover Sport could well change your opinion. It's beautifully executed. It was also a landmark vehicle for a company with a whole lot more autonomy. Just five years before the Sport, Land Rover could never have built a car of this kind. Their owners at the time (BMW) didn't want a sports crossover vehicle like this poaching sales from their all-conquering X5. It was only in 2000 that plans were first laid for a chassis platform that would spawn two very different vehicles. The first was the Discovery3 and the second was this, the Range Rover Sport. Both ride on a monocoque chassis with double wishbone suspension that offers far better on-road ride and handling than any previous Land Rover product. The interior of the Range Rover Sport is a little more conventional than the Discovery3, with many of the controls angled towards the driver. Although rear seat space isn't the greatest, the payoff is the biggest boot in its class. An aluminium hatch with separately opening rear window glass is a neat finishing touch. 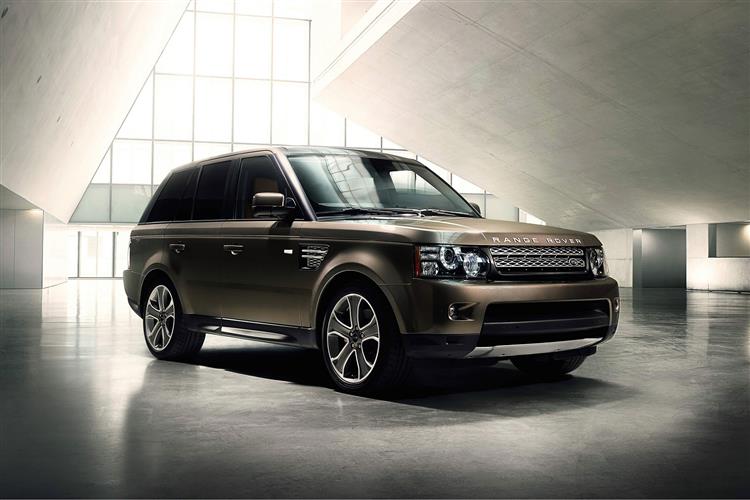