TOP OF THE CLASS (some text hidden)

The third generation Range Rover finally became the vehicle we all knew it should have been. Chronic underfunding had starved the latter-day first generation models of development and the second-generation car, whilst much improved, never had the coherence of design a winning model needs to succeed, being patchy in all round ability. The third generation model, on the other hand, was bankrolled to a large degree first by BMW and latterly by Ford, two big corporations who certainly know a thing or two about building quality vehicles. It shows. Magnificent, imperious and with genuine presence, this version of the Range Rover did away with the cheap plastics, shoddy styling and the surprisingly amateurish parts-bin feel of previous models. Here is a car that feels like an off-road Bentley. Used examples are starting to appear in meaningful numbers and prices look tempting.

The story behind the third generation Land Rover couldn't have been scripted any better if a crack team of tabloid hacks had been set to work on it. The British firm was owned by BMW but the Germans departed in an acrimonious split that left new owners Ford with a magnificent vehicle with which to do battle with - you guessed it - BMW's X5. What's more, the Ford organisation learned lessons from the construction of the BMW designed Range Rover that would later produce another X5-basher, the Volvo XC90. Like I said, you couldn't make it up. Despite its troubled existence, there's not a great deal wrong with the third generation Range Rover. The previous model's Metrocab styling and low rent interior was resolutely fixed and the BMW-sourced engines were superb units. Reliability has proved good and the addition of a Td6 diesel version has opened Range Rover ownership up to those who baulked at the V8 model's thirst. A V8 Autobiography special edition was launched in late 2003 but other than that, buyers chose between either the Td6 diesel or the 4.4 V8 in SE, HSE or Vogue trims. For the 2006 model year, the Range Rover received a revised grille, headlamp and front bumper ensemble while a supercharged 4.2-litre V8 was added to the range. At the same time, the normally aspirated 4.4-litre V8 gained an extra 20bhp. Two highly significant developments came with the 2007 model year revisions. First, the often overwhelmed 3.0-litre Td6 powerplant was replaced by a far more impressive 272bhp TDV8. Secondly, the Range Rover finally received the superb Terrain Response system that had debuted on the Discovery and found its way into the Range Rover Sport. Revisions were also made to the interior trim and the equipment levels. For the 2008 model year, all models received an electronic park brake, more effective four-zone air conditioning - plus the option of cooled front seats. There's also a 'climate control' windscreen and side glass, available in conjunction with automatic rain and light sensing.

The original Range Rover was billed as the first luxury 4x4, but the term is relative. Any car whose interior could be spruced up with nothing more sophisticated than a well-aimed hosepipe can hardly be described as chic. Step into the latest car and you'll be amazed at what the designers at Land Rover's Gaydon studio have conceived. Winners of a three-way design battle with BMW's Munich and California styling houses, the homegrown touch has certainly paid dividends. This is a car whose interior ambience is closer to an Aston Martin than anything else, with wood trim that's tastefully integrated, lustrous pleated leather seats and intelligent use of aluminium and chrome finishing on the dashboard. The effect is tasteful, restrained and isn't going to date as quickly as a more extreme design. Some of the minor controls are obviously BMW-sourced but then that's no bad thing. Despite the Germanic provenance, the exterior styling is unmistakably Range Rover. In fact, when viewed from the side, only the twin gills mounted behind the front wheel arch immediately give the game away to the casual observer. Chief Executive Bob Dover explains, "It is essential that people instantly recognise the new vehicle as a Range Rover. The exterior is modern yet retains all the distinctive styling cues." It also introduces some new ones. We get a return to round headlamps, plus we get vertically stacked indicator units, a design cue nicked from the utilitarian Defender. This feature is mirrored with the tail lights and indicators, narrowed to allow a wide opening tailgate. The rest of the exterior lines are almost Audi-esque in their surgical cleanliness The average Range Rover owner, if such thing exists, may also need some extension work undertaken, for the latest car is no less than 291mm longer than the outgoing version. It's also 46mm higher, but in an effort to take the sweaty palms out of city driving, it's also 37mm narrower. A longer wheelbase means that interior space, especially for rear passengers and luggage have been hugely improved, but weight has increased, the V8 model weighing a hefty 220kg more than its predecessor. 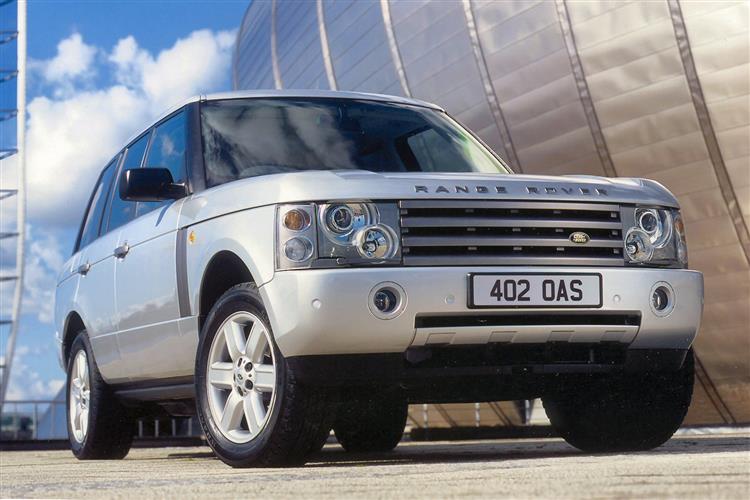