By 2005, the cat was out of the bag so far as the Vauxhall Vectra was concerned. The initial launch hype surrounding the car had told of new ground being broken in the way the Vectra performed and handled, this an attempt to distance this model from its notoriously bland predecessor. The reality, however, was one of a car improved in many areas but still far from the most sparkling steer on the block. After a few years on sale, the Vectra's strengths and weaknesses were well known in the marketplace and the 2005 facelift we examine here was tasked with retaining the good points while improving on the bad.

This Vectra was launched in 2002 but the facelifted version of the car was announced in the summer of 2005. It saw the Vectra inherit the rakish frontal styling cues previously seen on the MkV Astra hatchback. Handling sharpness was also improved and the range-topping 3.2-litre V6 powerplant was replaced by a 2.8-litre turbocharged V6 with 227bhp. That engine was later boosted to 253bhp and installed in the VXR performance model. In the early part of 2006, the 120bhp 1.8-litre petrol engine that propped up the range was replaced by a more advanced 1.8-litre unit packing 140bhp. The newcomer offered better economy and performance at the same price. From the autumn of 2006 the VXR performance model received an upgrade to 276bhp.

When the facelifted Vectra was unveiled, we were told then that the car's styling was completely new from the A-pillars forward but on viewing it, there was the sneaking suspicion that the front end had been sighted somewhere before. It had: visually, the Vectra appeared to have been driven into the back of an Astra family hatchback at extremely high speed. The resulting concertina-effect saw the bonnet, lights and grille of the smaller car protruding from the front of its larger sibling. This was no bad thing of course: the Astra had been hailed for its bold, sharky looks since launch and this Vectra inherited them. The large headlights jut upwards into the bonnet and the grille, married effectively to the under bumper assembly, provides real presence on the road. At the back, the bumper was reworked on some models and the range of wheel designs was also given a good going-over. For the first time in a while it was possible to say that the Vauxhall Vectra had an element of drama about its exterior styling. This Vectra's cabin was always a haven of tranquillity. Ever since the launch of the original version of this car, it has provided a suitably relaxing environment for marathon motorway trips and this facelifted model upped the anti. 'Soft touch' is revealed as the key phrase as you run a finger over the surfaces, press the buttons and flick the switches in the tried and tested manner. The old cabin was a little too grey for many tastes but upgraded seat fabrics and trim inserts, a smaller, more sports-orientated steering wheel and a jazzed-up instrument panel all help to make this model a more interesting place to be. 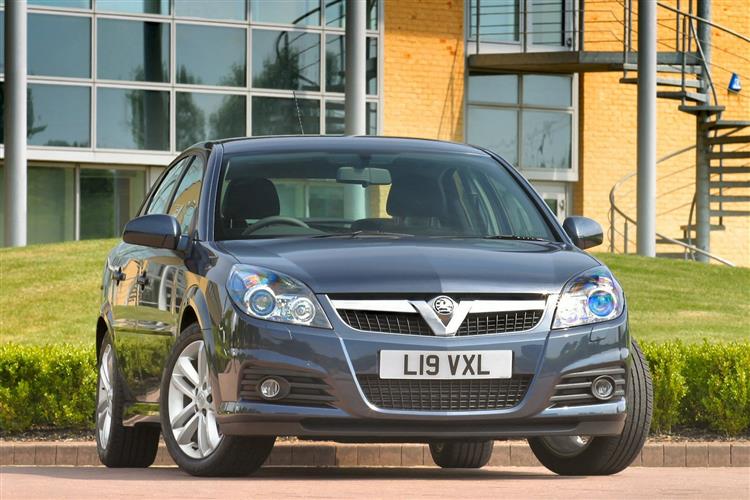