The T-Roc is one of Volkswagen's most important models for years, representing the brand in the affordable style-conscious end of the fast-growing mid-sized SUV segment. Almost everything you can't see on this car comes from a Golf hatch, which is no bad thing. As for the stuff you'll admire in the driveway, well it all looks satisfyingly fashionable.

Volkswagen used to be properly represented in the mid-sized family SUV 'Qashqai-class' by its Tiguan model, but that crossover has been eased up-market in recent times, leaving a space into which the brand is slotting not one but two new SUVs. One is the Polo-based 'T-Cross' but here, our focus is the slightly larger Golf-based 'T-Roc'. It's the funkiest model of this kind we've yet seen from the Wolfsburg maker. It's there to take on not only the Qashqai but also a flood of other similarly sized and orientated SUV models that have hit the market in recent years, including the Vauxhall Grandland X and the Renault Kadjar, as well as in-house Volkswagen Group competitors like the SEAT Ateca and the Skoda Karoq. So this T-Roc will need to be good.

The T-Roc gets the usual range of turbocharged Volkswagen Group engines. There are four TSI petrol engines, a 115PS 1.0-litre unit, a 150PS 1.5 and a 2.0-litre powerplant offered either with 190PS - or with as much as 300PS in the top T-Roc R. Or you can select between two TDI diesels, a 115PS 1.6 and a 150PS 2.0-litre. Providing you avoid the base 1.0-litre petrol and 1.6-litre diesel units, you'll also get the option of DSG auto transmission. All-wheel drive isn't an especially popular customer option in this segment, so Volkswagen only offers it with the minority-interest 2.0 TSI petrol version. The brand has packaged up its 4MOTION system with plenty of extra features, primarily a driving profile selection system (which you can also order on a 2WD variant). This set-up gives you a choice of two on-road profiles ('Street' and 'Snow'). There are a couple of off-road modes too: 'Offroad' (which automatically sets the car up for 'off piste' use) and 'Offroad Individual' (which allows you to set various parameters). Other extras you can add include 'DCC' 'Dynamic Chassis Control' adaptive damping and 'ACC' 'Adaptive Cruise Control'. 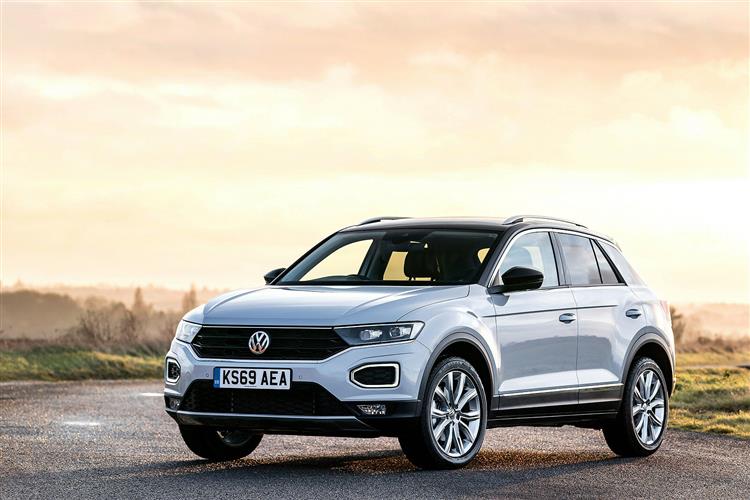