Think of a premium-badged mid-sized compact SUV and you probably think of something German - an Audi Q5 perhaps, or maybe a Mercedes GLC or BMW X3. We'd also suggest though, that you should be looking at the car we're going to test here, Volvo's second generation XC60. It's a rejuvenated proposition with the option not only of Plug-in hybrid tech but also mild hybrid diesel engines.

The original XC60 was the car that established Volvo in the minds of buyers in the mid-sized SUV segment. In nine years of production, it became the best selling car in its class in Europe, will nearly a million units sold annually, and accounted for 30% of Volvo's total global sales. Hence the crucial importance of this second generation which, along with the smaller XC40 model, is a key part of the Swedish marque's future SUV strategy. This MK2 model XC60 shares its platform with its larger XC90 stablemate but isn't quite such a revolution in terms of its design as that model was at launch. Nevertheless, there's ground-breaking safety tech and smart looks that'll eat into the sales of key rivals like Audi's Q5 and the Mercedes GLC.

Volvo is offers a choice of various powerplants virtually all of which are in some way electrified - there's plenty of choice. All use the brand's advanced kinetic energy-recovery braking system and all are mated to automatic transmission. Most will want the diesels, possibly the conventional 190hp D4, which only comes in front-driven form. This unit has been joined by two mild hybrid diesel powerplants, the 197hp B4 and the 235hp B5, both of which only come with AWD. With the B5 diesel variant that many will choose, you get an ingenious system called 'PowerPulse' which is used to overcome turbo lag - that momentary delay in response you sometimes experience with powerful turbocharged diesel engines. It uses compressed air which is stored in a small tank in the engine bay and automatically replenished to spool up the turbocharger so that the car responds as soon as you press the accelerator. Petrol people also have various electrified options: either the mild hybrid B5 petrol unit with 250hp, which comes with the choice of front or AWD. Or the mild hybrid petrol B6, which offers 300hp and comes only in AWD form. Beyond that, you step into one of the top Recharge Plug-in hybrid AWD auto models, all of which use an 87hp electric motor mated to a 2.0-litre petrol engine. The Plug-in hybrid Recharge XC60 variants come in three flavours: there's the T6 variant (based around a 253hp engine), the standard T8 model (based around a 303hp engine) and the flagship 'Polestar Engineered' version (based around a 318hp powerplant). On the move, refinement and ride quality remain XC60 strongpoints, whichever of the engines you decide to choose beneath the bonnet. This isn't the driver's choice in the premium SUV 'D'-segment but if you judge driving enjoyment based around the lowering, not the raising of the heartbeat, then you'll probably like it very much. 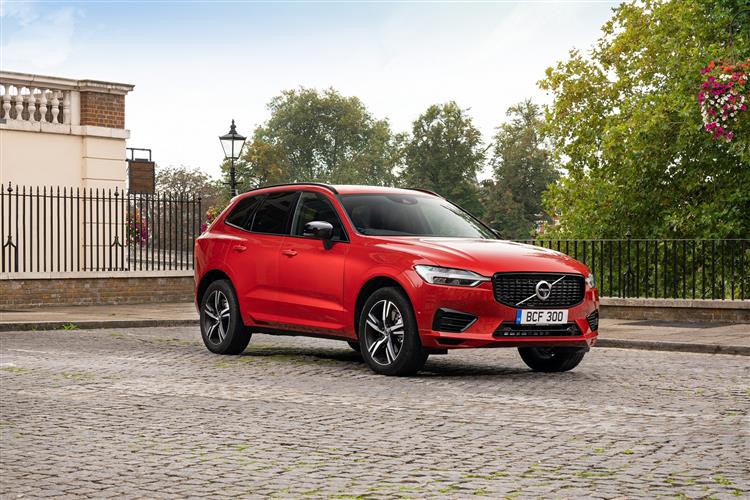