LARGING IT (some text hidden)

The Fiat 500L MPV has sharpened up its act. Jonathan Crouch looks at what's now on offer.

The 500L is a five-seater compact MPV that doesn't feel like one, taking care of people and baggage-carrying chores with a practical dash of Italian flair. In this improved form, it's safer, smarter and better connected. And it's more personalisable than any other contender in this class.

Fiat has its own 'fortune 500', a little family of cars on which present and future hopes of the brand are these days almost exclusively based. The 500 we all think of is the cheeky little three-door citycar that started this model's retro revolution but Fiat always felt that this should be merely the starting rung on an ownership ladder designed to be fine for families as well as fashion-conscious urbanistas. A ladder encompassing seven seats and SUVs as well as the model we're going to look at here, the spacious and now much improved 500L. Fiat's fame of course has traditionally been founded on much smaller cars than this - but the brand needs to get better at being bigger if legions of owners of the 500 citycar are not to be lost to other makers as their needs and families grow. Launched originally back in 2013, the 500L aimed to give these people a model to trade up to - but it needed a bit of polishing. That's what's taken place here.

You get an urban confidence with the 500L, something encouraged by the light lock-to-lock steering. A car you might enjoy on the school run. If not quite so much pushing on beyond the city limits. Here, you might wish that the steering offered you a little more feedback, a pity because in other respects, this is one of the more dynamically able five-seat mini-MPVs on the market. Unfortunately, only one engine is now on offer, a 95bhp petrol 1.4 that's one of Fiat's older efforts and which, thanks to limited pulling power, doesn't really feel as fast as the performance stats suggest (rest to 62mph in 12.8s on the way to 111mph). Beyond the city limits, the 500L feels a little out of its comfort zone. Here, you might wish that the steering offered you a little more feedback and that there was a bit less body roll through the bends. That probably won't bother most likely owners too much but on longer trips, they might wish that the issue of refinement had been slightly more thoroughly addressed. We highlighted this when we first tested this car back in 2012 and nothing's been done to improve things since, which is a touch disappointing. It isn't something you really notice at lower speeds, but when you're pushing or are cruising at or around the legal limit on the highway, there's simply more road and wind noise than you'd normally expect from a car of this kind. If you choose your 500L in 'Cross' form, you get some mild off road ability, thanks to the inclusion of a 'Mode Selector' with a choice of 'Normal', 'Traction+' and 'Gravity Control' settings. 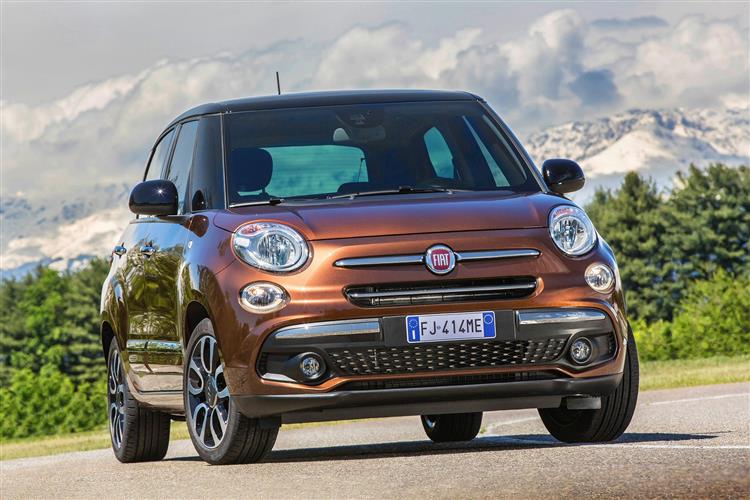