CHANGE OF SCENERY (some text hidden)

The fourth generation Renault Scenic is aiming to reinforce its position as the compact MPV to choose. Jonathan Crouch reports on the improved range.

The Scenic has been one of Renault's biggest contemporary success stories, selling over 4.5 million units since its launch in 1996. It's been especially popular here in the UK, filling the number one spot in the MPV sales charts for many of those years, but in more recent times has been overtaken by the likes of the Ford C-MAX in the affections of British buyers. Hence the need for this completely redesigned fourth generation model. Here, the design is far more stylish and driver-centric than before, plus there's more space and storage inside along with more sophisticated infotainment technology. Improved petrol and diesel engines will tempt those in search of ultimate efficiency too. Sounds promising doesn't it?

You wouldn't normally approach a drive in an MPV with much enthusiasm, but with its big 20-inch wheels and purposeful demeanour, this fourth generation Scenic promises to be a bit different. In reality, there's nothing particularly enjoyable on offer here, but bodyroll through the bends is pretty well controlled, aided by the stiff, sophisticated 'CMF' platform this Scenic rides upon. And the electrically-assisted steering is precise and direct, even if it doesn't offer up a great deal of feel. As for the ride, well yes, it is quite firm, but no more so than it would be in a rival Ford C-MAX or Volkswagen Golf SV that would roll on much smaller rims. That's an impressive achievement Renault says has been made possible by the adoption of special 107mm high profile tyre sidewalls that are exactly the same as those you'd find used on 17-inch wheels. The bulk of sales will to the recently improved 1.5-litre dCi diesel engine, which now puts out 120hp. Don't dismiss the alternative petrol engine option though if you're a lower-mileage buyer. It's a 1.3-litre TCe turbo unit that develops 140PS and is well worth a look. There's some trendy technology to cheer you along the way too, in the form of a selectable drive mode system called 'Multi-Sense', one of those able to alter steering feel, throttle response, stability control settings and, where fitted, auto gearchange timings, all to suit the way you want to drive. Heck it even changes the engine note and alters the colour of the dashboard lighting in an effort to put you in either a more relaxed frame of mind or perhaps a sportier mood. 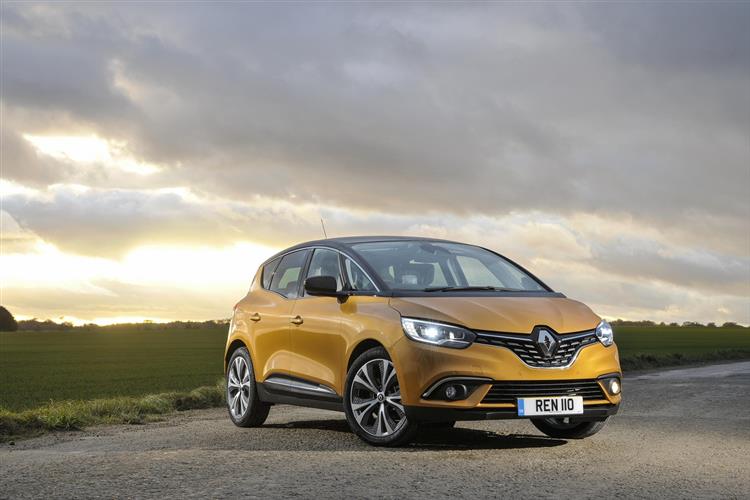