The new sixth generation Volkswagen Polo is undeniably impressive, but can it work its way into June Neary's affections?

Despite coming to me for recommendations as to what sort of car to buy and, predictably, ignoring them, three of my good female friends have recently bought brand new Polos. It's not that it's a bad car - quite the opposite is true - but it's one that has never really suited me. Every time I'd driven a Polo in the past, it had never really felt like a car with its own persona, instead coming across as a short-changed Golf. As my friends seemed to have confirmed, it was a safe fallback option; socially acceptable but terminally unadventurous. Since then, I've been changing my views and the sixth generation version we're going to look at here is a far more fully-formed vehicle than its predecessors.

You wouldn't guess as much from the styling which, more than ever, seems like a Russian doll version of the Golf. So low key is the Polo's styling that the updates to this latest car will be lost on many customers. Perhaps more obvious though, is this sixth generation design's larger size. It's now only slightly shorter than a MK4 Golf used to be and, thanks to a longer wheelbase than that car, significantly larger inside. To be specific, this MK6 Polo is 81mm longer than its predecessor, making it now over 4m long. It's now also slightly lower in stance and 69mm wider. Volkswagen thinks that the resulting stretched silhouette is 'more masculine', you decide. In the cabin it at first appears that Volkswagen has lavished quite a budget on the Polo, with soft touch plastics and subtle aluminium detailing giving it a high class look. Scratch beneath this veneer, however, and there is evidence of cost cutting. Nothing you couldn't live with though. The instrument panel has been redesigned, as has the steering wheel design. The centre console has also been given a mild makeover with heating and ventilation controls now easier to operate. Soft touch plastics and subtle aluminium detailing are the order of the day and as a result, the cabin is notably less austere than before. The boot's quite large enough for pushchairs and a huge supermarket shop. As an option, buyers can replace the usual dash dials with Volkswagen's 'Active Info Display' TFT virtual screen gauges.

I've never found Polos to deliver much in the way of a grin when squirted along a challenging road, but this one should be better. Petrol options are two three-cylinder 1.0-litre MPI units with 65 or 75PS, two 1.0-litre three-cylinder TSI engines with 95 or 115PS and a 1.5-litre TSI EVO engine with cylinder deactivation (ACT), with power at 150PS. At the top of the range, there's a 200PS 2.0-litre TSI turbo unit for the GTI variant. Should you prefer to go diesel, there are now two four cylinder 1.6-litre TDI engines, with either 80 or 95PS. DSG automatic transmission is optional on TSI models. Britain doesn't get the 1.0 TGI natural gas engine offered in Europe.

How does the Polo fare as a value proposition against, say, a Ford Fiesta? Despite the Fiesta's more blue-collar image, it isn't actually any cheaper to run. To buy one that gets close to the Polo 1.0 TSI's speed, you need to fork out for a 1.0-litre EcoBoost Fiesta model which can't get close to the Polo's residual values. Now I'm beginning to see why friends wear a rather self-satisfied expression at the wheel of their VWs. Polo prices start at around £14,000 and rise up to well over £20,000 - about par for the small car sector in other words. Volkswagen hopes though, that equipment levels are anything but par for the segment. 'Big car' features now available in this model include full-LED headlights, active damping, a wireless charging mat for smartphones and one of the largest panoramic glass sunroofs in the class. Plus you can add in the brand's 'Active Info Display' to replace the conventional dashboard dials. Infotainment screens vary in size from 6.5 to 8-inches. 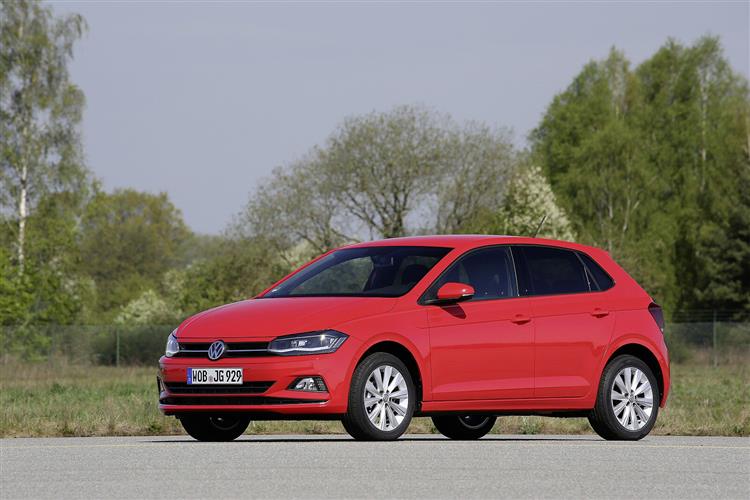