Does the world really need another mid-sized SUV? Certainly, when it's as good as Volkswagen's current Tiguan, thinks June Neary

Will It Suit Me?word count: 57

I dread anyone asking me to recommend a mid-sized SUV to them. There are, after all, these days, so many from which to choose. I guess it depends on what you want to pay. If you simply want the best, then you need to consider the car that I've been looking at this week, the Volkswagen Tiguan.

I was surprised that it took Volkswagen so long to get around to doing a second generation version of its Qashqai competitor. When it arrived in 2016, there was a certain predictability to the way it looked - a bit like a jacked-up Golf SV, a bit like a scaled-down Touran. Not very pretty but you just knew it would be tough and practical. If you need seven seats, there's a lengthier 'Allspace' version too. We know that the Tiguan is based on the Golf but Volkswagen have done a typically thorough job of converting their family hatch favourite into an SUV. The cabin's classy too, fit and finish being of a noticeably high standard. Much of the switchgear and the infotainment monitor will be familiar to anyone who has tried a MK7 Golf. Borrowed from the Passat is the optional Active Info Display high-definition instrument panel. You can also specify a Head-up display that uses a small glass panel, deployed from behind the instrument binnacle at the press of button. Luggage space is 615-litres with the standard 60/40 split folding rear seats in place, or 1655-litres with the seats lowered.

Unsurprisingly, VW has included its BlueMotion 'green' technology with all models in the current Tiguan line-up and since every engine in the range is turbocharged or supercharged and turbocharged, pulling power shouldn't be in short supply. The power units are a familiar bunch, with the 150PS 2.0 TDI diesel that I tried likely to be the best seller. It can be ordered with front wheel drive or 4MOTION 4WD - and has a DSG auto option. If you go for the pokier 190PS 2.0 TDI powerplant, you have to have 4MOTION and the DSG auto. That's also the case with the flagship bi-turbo BiTDI flagshp variant which puts out a potent 240PS. Plus there's a couple of entry-level 1.4-litre TSI petrol units, a top 2.0-litre petrol TSI and a base 115PS 2.0-litre diesel. The fifth-generation four-wheel-drive 4MOTION system provides a fast apportioning of power to all four wheels via a process that provides pre-activation of the rear clutch and improved operation of the electronic differentials. In recent times, nearly three-quarters of Tiguan buyers in the UK have shown a preference for AWD. In 4x4 form, the car has 200mm of ground clearance, 11mm more than it would have in 2WD guise. There is also an optional Off-Road package, which features a uniquely styled front bumper providing an approach angle of 25.6deg and a departure angle of 24.7deg. More importantly, all variants have a nice line in electronic trickery to help you out of sticky situations - though I didn't put that to the test. 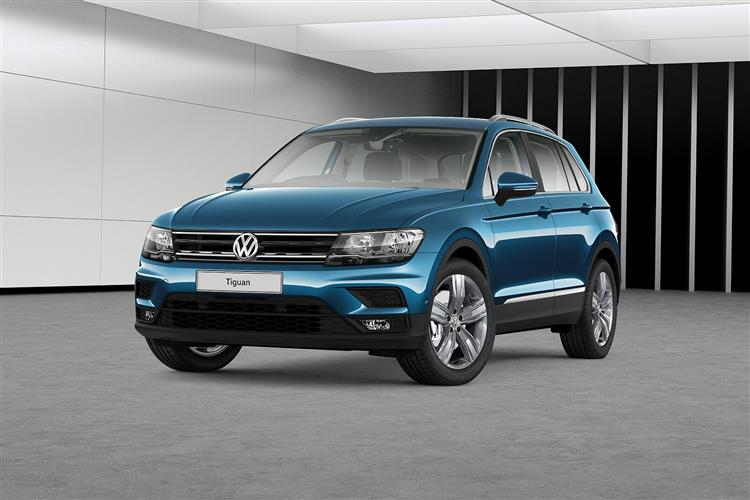