THE ORIGINAL & THE BEST? (some text hidden)

The Volkswagen Golf GTI wears one of the most iconic badges around and this post-2012 Mk7 model proved to be a class act. It was bigger, quicker, better built and more efficient than its predecessor, offering a choice of three doors or five, standard or 'Performance Pack' models and manual gearbox or DSG semi-auto transmission. This car proved to be the best all-rounder from its era in the hot hatch division. But does it make sense on the used market?

Before Volkswagen dreamed up the Golf GTI, there was no such thing as a 'hot hatchback'. Today of course, the phrase has entered everyday parlance and virtually any manufacturer that has a hatchback also has a hot one - or a warm one at the very least. It was 1976 when the original version of this car was born and since then, through continual generations and with the help of countless imitators, it has brought performance, handling and fun to the masses on an unprecedented scale. The Golf GTI we look at here was the mark seven version and claimed to be the best yet at its original launch in 2012. But did that mean 'best of breed' or 'best in class'? This car, after all, may define the hot hatch genre but prior to 2012, it had rarely been recognised as the most accomplished car in its sector. In fact, to be brutally honest, there have been some distinctly average Golf GTI models over the years, the low point reached in the Nineties with unremarkable third and fourth generation models. All that changed though, in 2005 with a completely re-developed fifth generation version that also lent its platform and most of its 2.0-litre turbo mechanicals to the slicker MK6 design that followed in 2009. For the first time since the Seventies and early Eighties, a hot Golf was a credible driver's choice once again. By 2012 though, Volkswagen's iconic shopping rocket was beginning to be overtaken by a whole host of rivals, all of whom offered more firepower and greater technical superiority. Another big step forward was called for - and this seventh generation Golf GTI claimed to represent exactly that. Wolfsburg's hi-tech MQB platform made it lighter and more efficient, there was hi-tech suspension and steering, plus extra power up-front (220PS) along with the option of a pokier Performance Pack (boosting output to 230PS) if that wasn't enough. A rorty three-door GTI Clubsport S version with 310PS was launched in 2016. And the standard GTI was facelifted, along with the rest of the Golf range, for the 2017 model year, an update that boosted power of the standard model to 230PS and that of the 'Performance Pack' variant to 245PS. In 2018, the standard 230PS model was phased out and only the 'Performance Pack' variant remained until the end of the production cycle in 2019. 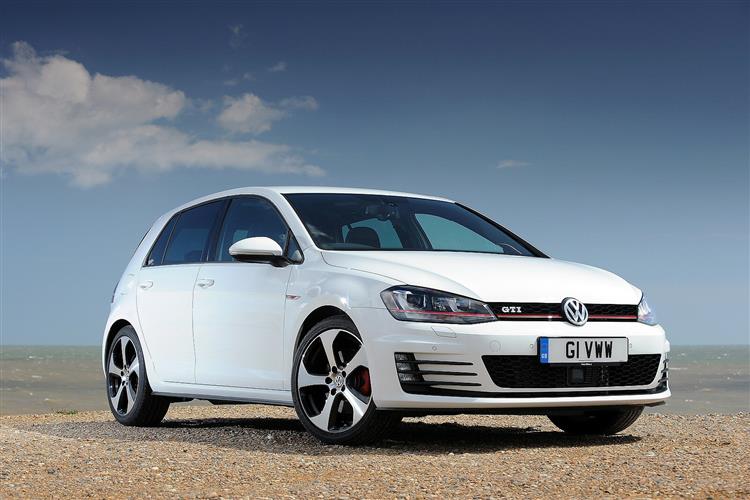