QUESTIONS OF CORSA (some text hidden)

In mid-2018, Vauxhall still had a year to go until the fifth generation 'Corsa F' version of its Corsa supermini would be launched. To give the 'Corsa E' version a bit of extra shelf life, the brand gave it a final wash 'n brush-up, refining the engine range down to variants of an improved version of its 1.4-litre petrol powerplant and enhancing the value proposition on offer. Here, we look at these last-of-the-line Corsa E models as a potential used car buy.

The fourth generation version of Vauxhall's Corsa was originally launched in 2014 and had a much tougher job than its predecessors because it was no longer the brand's most compact model, Vauxhall by now also selling two smaller cars - the Viva and the ADAM - in its line-up. Nevertheless, this 'Corsa E' design sold steadily - and benefitted in mid-2018 from some changes on the engine front, extra equipment across the range and the addition of a new hot hatch flagship model, the GSi.

This fourth generation Corsa was essentially a re-skin of the previous third generation version, but in mid-2018, it still looked quite fresh, especially when dressed up a bit - as most variants tended to be. At the front, 'eagle eye'-shaped headlamps incorporate Vauxhall's signature 'wing'-style LED daytime running lights. Between them is a low, sporty trapezoidal grille with a chrome bar for the Griffin badge that sits above front fog lamps embedded in chrome-trimmed air inlets that are intended to make the car look wider, lower and more purposeful. Which is certainly the profile demeanour of the three-door version, always supposed to be the sportier of the two Corsa bodystyles. That's further emphasised by an upper window line that drops to the rear in an effort to make the car look coupe-like. On the slightly more conservative-looking five-door version, the beltline extends upwards, creating a more dynamic connection with the roof spoiler. Drop inside and you'll find an instrument panel themed around horizontal lines and featuring in most models a 7-inch Intellilink infotainment colour touchscreen that dominates the centre of the dash and is smartly mounted in a high-gloss surround. In the back, this Corsa is much as it always was, remaining one of the more spacious superminis you can buy with plenty of room for two fully-grown adults - or three children - in the five-door model. Inevitably the three door body shape is a little more claustrophobic. Out back, there's a 285-litre boot. 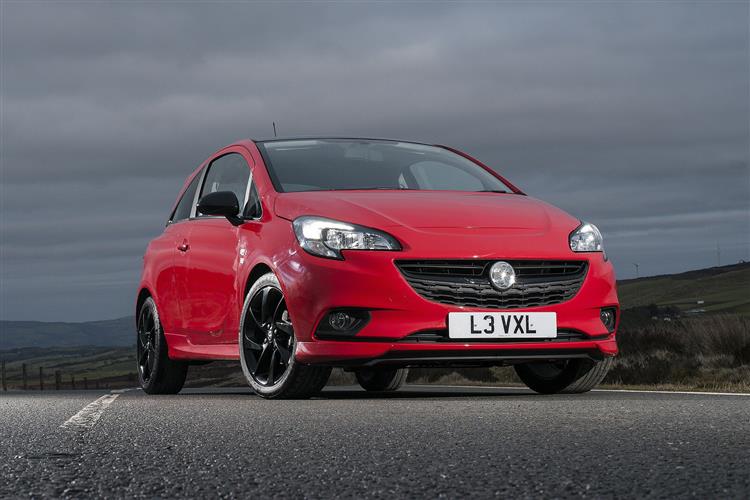