The second generation version of Vauxhall's British-built Vivaro van, launched in 2014, was a medium-sized Transit Custom and Volkswagen Transporter LCV rival that aimed to offer smart looks, decent efficiency and plenty of technology for its era. Like its design stablemate Renault's Trafic, it's also easy to live with and nice to drive. It is, in short, a contender that potential used van buyers in this segment can't ignore.

Buy British. It's a plea that has an appealing ring to it but usually requires a certain level of sacrifice or compromise. Vauxhall though, reckoned back in 2014 that neither of these things would be needed from owners of this second generation Vivaro van. This one had a big job on to make good on its glossy brochure promises if it was to face down direct medium-sized van rivals as talented as Ford's Transit Custom, Volkswagen's Transporter, Mercedes' Vito and the shared design marketed as either a Peugeot Expert, a Citroen Dispatch or a Fiat Scudo. An even tougher challenge for Vauxhall lay in differentiating this product from its near-identical design stablemate, Renault's Trafic. Your selection between this vehicle and its Renault counterpart on the used market may come down to deals and personal preference but if Vauxhall's claims for this MK2 Vivaro model are correct, then you could find yourself choosing this design over other market sector rivals for more concrete reasons. The downsized 1.6-litre diesel engines look impressively clean and frugal, the large load area may be bigger than you expect and the infotainment provision is very competitive. This MK2 model sold until mid-2019, when an all-new PSA-engined MK3 Vivaro was launched.

It's mainly only the front panels that differentiate a Vivaro from a Renault Trafic - things like the bonnet, the grille, the bumper and a more distinctively styled pair of headlights presented in high-gloss black mouldings with embedded chrome accents that are supposed to create a jewel-like effect. Inside, the style and switchgear really is all-Renault. Especially the instrument cluster with its oval centre digital read-out and flanking round rev counter and fuel gauges. There's a standard 3-person front bench of course, with the middle berth quite cramped. If you've found yourself a model with the optional 'mobile office'-style folding front seat, you'll find that most of the time, you won't be using this space for seating anyway. Fold it down and you've got yourself a workable desk surface with a (rather flimsy-feeling) clipboard attachment and ample space for a laptop you can quickly link into the various infotainment technology features on offer via a 7-inch colour touchscreen. Whichever of the two body lengths you choose, L1 or L2, you'll get 100mm more interior storage length than the first generation Vivaro model could offer, despite the fact that this van shares its predecessor's exact same wheelbase. Most original buyers specified the option of a neat FlexCargo bulkhead that allows longer items like ladders or planks of wood to be poked right through into the cab. Ultimately, it's a crucial feature because it could make it unnecessary for you to pay more for an L2 long wheelbase Vivaro model. After all, with the FlexCargo hatch fully open, the standard L1 variant's total interior load length is already pretty impressive, able to increase from the standard 2,537mm cargo bay total to as much as 3,750mm. If you do go for the long wheelbase L2 model, you'll find that the standard cargo bay length will rise from 2,937mm to 4,150mm. Your choice between these two bodystyles will of course have a huge impact on your potential total carriage capacity. A short wheelbase low roof height L1H1 Vivaro model can manage a 5.2m3 total - but that can rise to as much as 8.6m3 in a long wheelbase high roof L2H2 variant. 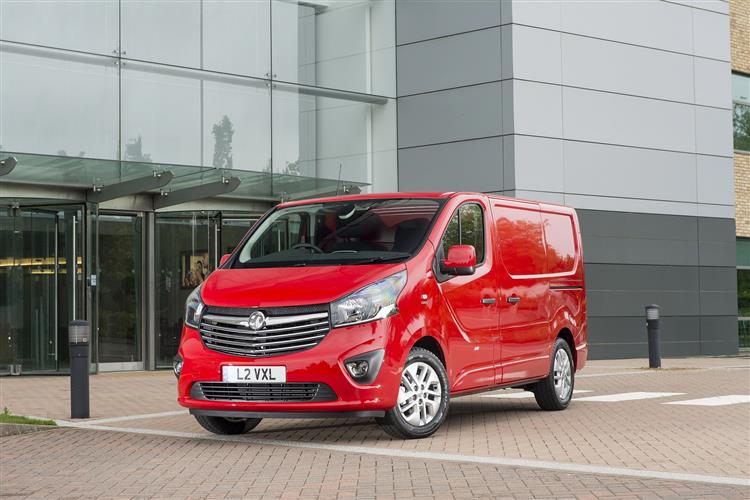