MAKING A CONNECTION (some text hidden)

Ford's second generation Transit Connect is a compact van - with big ideas. Here, we're going to look at this model in pre-facelift 2013-2018-era guise as a used buy. It costs as little to run as a smaller LCV, yet if specified correctly, can swallow almost as large a load as a medium-sized model from the next class up. It'll take passengers as well as packages, deal with long loads in its stride and look after your life with its clever SYNC telemetry. In short, if you were shopping in this segment looking fror a light van made in the 2013-2018 period, you'd have to consider it.

Ford's compact Transit Connect was the LCV that really galvanised the small van sector when it was launched in the UK back in 2003. To understand the impact that this Connect model has made on the commercial vehicle sector, you have to remember that prior to its original introduction just after the turn of the century, most compact vans were merely small superminis or family hatchbacks with blanked-out windows. In contrast, the first generation Connect model was one of the very first purpose-designed small vans. True, it used a lot of mechanical parts from Ford's passenger car line-up - mainly from the Fiesta supermini - but the load bay LCV stuff, the really important part of the design, was properly created around the needs of business buyers. Competitors though, were quick to copy the concept - and develop it even further with a sub-segment of even smaller vans aimed at boutique operators and city-centre-based businesses. Which, by the end of the first decade of the Noughties, left the Connect trying, rather awkwardly, to be all things to buyers in the compact LCV segment. It needed a new lease of life, one in which it could, once again, be seen as a clever bespoke traders' tool. This second generation design. Launched in 2013, aimed to deliver exactly that, part of a four-model Transit line-up that also included the smaller Courier model and the larger Custom and fully-fledged Transit designs. In both the areas that matter - running costs and load bay practicality - it scores well, with plenty of cargo bay permutations and technical hi-tech cleverness. The original version of this MK2 model sold until mid-2018, when it was replaced by a substantially updated version.

You don't really realise just how much of an aesthetic step forward this second generation Transit Connect van represented until you see this model against its rather plain predecessor. What's common between the two vehicles is a prioritisation of function over form and a boxy, practical look, but with this MK2 model, the front end is sleeker and smarter. And one of much greater Focus, not least because the third generation version of Ford's best-selling family hatch provided most of the underpinnings here. Inside, it's of course very car-like, though in a practical, utilitarian sort of way. You view a clearly presented set of familiar Ford instruments through a four-spoke wheel that moves for both reach and rake. And you immediately appreciate a supportive driver's seat that's eight-way-adjustable on most models, making it easier to get comfortable than it would be in some competitors. The mobile phone-inspired centre console switchgear layout comes straight from a Fiesta of this period and is relatively simply to use once you get used to the rather bewildering array of buttons and the fact that the infotainment screen at the top of the dash is a little small. On the positive side, the buttons are all quite large so you can operate them wearing work gloves. Build quality from the Spanish Valencia factory seems very strong and the wipe-clean plastics used appear tough and durable. There's plenty of practicality too, though it's a pity the base model doesn't get the lockable glovebox you find further up the range. Otherwise, there's decent cubby storage for the paraphernalia of everyday working life, including reasonably-sized door bins, plus two cup holders and a coin holder by the gearstick as well as a usefully deep bin further back where there are optional aux-in and iPod sockets. There's also an overhead storage area too. Original buyers were offered the option of exchanging the two standard cab seats for a three-person bench, which could be ordered with or without a useful load-through hatch for poking through longer items from the load area. With the dual-passenger bench, there's a centre part of the rear seat you can fold down to make a desk top. Or you can fold forward the backrest of the passenger part of the seat and create a storage point for boxes you might not want to consign to the cargo bay. We'd actively look for a Connect fitted with the dual-passenger bench for that reason. Right, let's look more closely at load bay practicality. The amount you can carry will obviously depend primarily on your choice between the short wheelbase 'L1' variant and the long wheelbase 'L2' model. Both body styles offer 1,269mm of load space height and 1,538mm of load area width, a figure that narrows to 1,249mm between the wheel arches. The 'L1' offers a 2.9m3 of cubic capacity and a door-to-bulkhead load space length of 1,558mm. Thanks to an extra 400mm of body length, the 'L2' version offers 3.2m3 of cubic capacity and a door-to-bulkhead load space length of 1,958mm. Which means that in an 'L2', you could accommodate two euro pallets rather than one. Specifying the useful load-through hatch into the cabin allows you to increase your loading length considerably - to 3-metres in the L1 or as much as 3.4-metres in the 'L2'. One sliding side door is standard and in the 'L2', it's wide enough to allow you to load in a euro pallet from the side. As for the weight this van will carry, well you can maximise that if you find a Connect whose original owner ticked the box for the 'high payload capacity' Gross Vehicle Mass option available with each of the body styles. The 'L1' can offer a maximum gross payload of up to 865kgs, depending on variant. For the 'L2', the figure is up to 834kgs, again depending on variant. 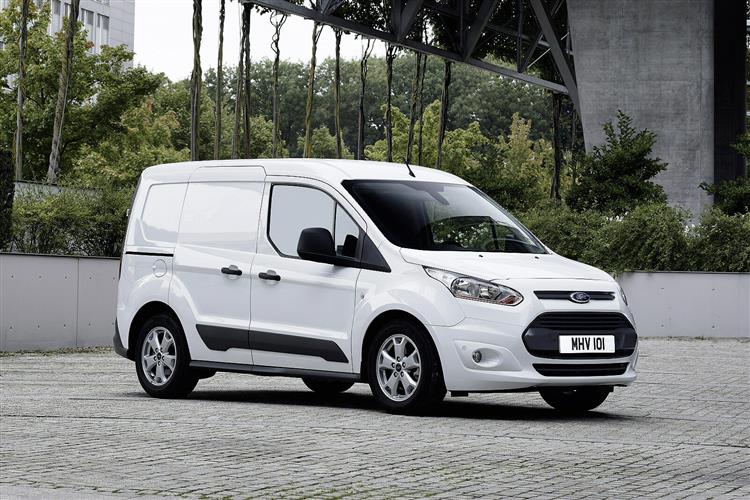