The Cayenne luxury SUV has long been one of Porsche's best selling models and the company has continually improved it over the years - as was evidenced by this facelifted MK2 model, introduced in late 2014. Getting a car of this kind to handle something like a sportscar is hard enough but doing so in an eco-friendly manner is even tougher. To some extent at least, the German brand managed that here. Hi-tech features promise much for drivers, while a Plug-in Hybrid version was included in the line-up to keep the green lobby at bay.

These days, even the purists have to accept the Cayenne SUV's importance to Porsche, given that without it, the brand itself probably wouldn't exist. Back in 2002 though when the very first generation version of this car was launched, the whole idea of this SUV provoked a storm of protest from fans of the brand, not only because it wasn't a sportscar but also, in their eyes at least, because it wasn't a proper Porsche. Critics pointed out that the underpinnings and most of what lay beneath the bonnet had been lifted straight from a Volkswagen Touareg. That was true but what those people failed to appreciate was that the original Touareg was a brilliant piece of design that got even better once Porsche had finished with it. Customers understood this before journalists did and as a result, over 276,000 MK1 models were sold over an eight year production run, that number all the more impressive given the unreasonable expectations that Cayenne models were - and still are - very often saddled with. After all, no one really expects a comparable top Range Rover or Mercedes SUV to be a sports saloon as well as both 4x4 and luxury limousine. No one cares very much if such rivals are somewhat pricey to run. Yet a Cayenne is expected to offer everything its competitors provide at the same time as slashing their running costs and handling like the fastest four-door. You have to feel for the engineers in Zuffenhausen. Undaunted, they brought us a second generation model in 2010 that was lighter, sharper, smarter and more efficient than before, introducing hybrid technology and a high powered diesel engine for the first time. That was followed by a package of facelift changes introduced towards the end of 2014 that characterise the Cayenne models we're going to examine here as a potential used buy. These updates brought a smarter look, a freshly-developed 3.6-litre bi-turbo petrol engine and the introduction of segment-leading Plug-in hybrid technology. The revised MK2 model range sold until the end of 2017, when it was replaced by an all-new MK3 model.

This improved second generation Cayenne is quite a smart-looking thing but in the past, this car rarely has been. The MK1 model's attempt to graft a Porsche 911 front end onto Volkswagen Touareg underpinnings never sounded like a good idea - and wasn't. Subsequently, the designers struggled with the task of integrating all-terrain toughness with the brand's trademark sportscar style. Still, the original second generation model showed the possibilities here and this facelifted version took its lead from the company's smaller Macan SUV in perfecting the possibilities of this design. You notice this most evidently at the front end where a redesigned bonnet features shut lines pushed right out towards the restyled wings. Piercing bi-xenon headlamps incorporate four-point LED daytime running lights and below them lie Macan-style air fins that more effectively cool the enormous engine bay. Inside up front, you'll find yourself sat in what is arguably the nicest driving environment in the luxury SUV sector from this era. Cocooning you 911-style into the brilliantly supportive multi-adjustable leather or alcantara-trimmed sports seat is a button-heavy lower console section with a bank of chrome-trimmed switches that run down the transmission tunnel and create the intended wrap-around cockpit-like feel. It's anything but minimalist, but the ergonomics are difficult to fault once you adjust to the layout and there's a huge range of adjustment to enable even the portliest people to get comfortable. The back seat is more comfortably supportive than it was on the original MK2 version of this model and can take up to three adults. And out back? Well raising the electrically operated tailgate reveals a boot that's one of the very largest in the class from this period, the 670-litre capacity giving you a massive 181-litres more space than you'd find in a comparable Range Rover Sport and, more surprisingly, 90-litres more capacity than you'd get in a Volkswagen Touareg. 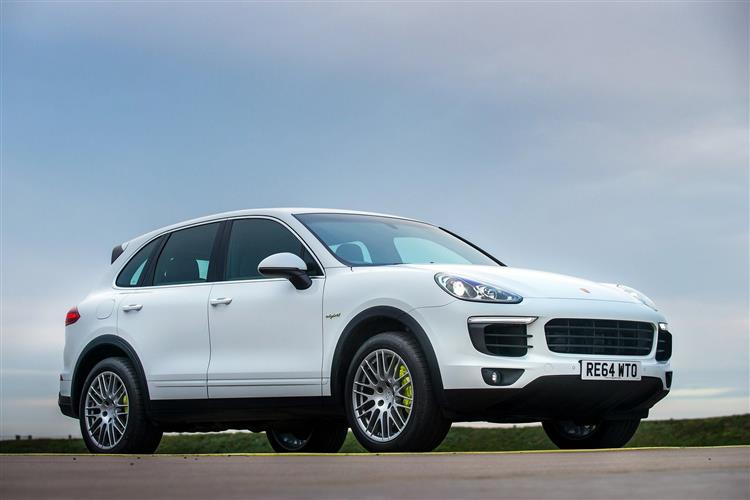