A FOR MORE EFFORT (some text hidden)

Mercedes-Benz is a company often portrayed as being deeply conservative, though in fact, no other manufacturer has such a record of innovation. Today, the brand is bolder, more forward-thinking and younger in feel, attributes very much in evidence in this revised third generation version of its smallest A-Class model, sold between 2015 and 2017. This version of this model was pitched even more directly against sporty premium compact family hatches like Audi's A3 and BMW's 1 Series thanks to extra driving features, plus sharper looks, extra media connectivity and greater efficiency. How does it stack up as a used buy?

The third generation Mercedes A-Class made this famous marque one a younger buyer could consider. Its biggest problem though, following an original launch in 2012 was what had been one of the previous design's biggest attributes: ride quality. In their efforts to make this MK3 version sporty and dynamic, the development team also made the suspension fidgety and overly stiff. Rival BMW and Audi models could better this - and offer slightly more running cost efficiency and infotainment cleverness. Hence the need for the significantly revised third generation A-Class range the Stuttgart brand launched in the Autumn of 2015, the car we're going to look at here. With this improved design, Mercedes claimed to have addressed the ride quality issue by offering buyers the option of adaptive dampers working as part of a freshly-installed 'Dynamic Select' driving modes system. On top of that, A-Class buyers got more media connectivity features, along with a sleeker look and extra cabin quality. Plus most of the engines offered extra power and all were more efficient. It was all enough to keep the MK3 model A-Class very competitive for the last couple of years of its life until it was replaced by an all-new fourth generation model in the Spring of 2018.

What You Getword count: 364

If you think of clever, forward-thinking British design as something belonging to your father's time, then check out one of these. This third generation A-Class model's original shape was styled by Englishman Mark Featherston, a graduate from Coventry University's School of Transport Design and the man who designed Mercedes' SLS AMG gullwing supercar. Modern, extrovert and quite radical, it was everything its predecessors weren't and few embellishments were needed in 2015 to keep this facelifted version looking fresh. As with the original version of this MK3 model, the pronounced front end has a prominent arrow-shape that, as part of the aesthetic revisions, was further emphasised by a re-styled bumper that looks particularly dynamic with the AMG bodystyling package. At the wheel, the cabin treatment is, if anything, even bolder than that of the bodywork. This is yet another interior inspired from the world of aviation, with your eye immediately drawn to the five circular air vents, styled to resemble jet engines and finished in 'cool touch' electroplated metal trim. The three grouped in the centre of the fascia sit below what remains a rather unusual touch, a free-standing Central Media Display. It looks like an iPad that's been bolted onto the upper part of the centre console as something of an after-thought. Actually though, it's a fully-integrated infotainment system that now offers far more sophisticated media connectivity via a larger 7 or 8-inch screen with much classier graphics. If you take a seat in the back, you'll find that the curve of the rear side windows and the amount that the rear wheel arches intrude into the door openings mean that getting in isn't quite as easy as it would be in, say, a Focus or a Golf. Once installed inside though, even a couple of six-footers should be reasonably comfortable, thanks to scalloped cut-outs at the back of the front seats. And the boot? Well the heavily styled rear light clusters do necessitate a rather narrow opening, but once you get your stuff inside, you'll find nearly as much space as you'd get in a rival A3 or a 1 Series - 341-litres with the rear seats up or 1,157-litres with them folded. 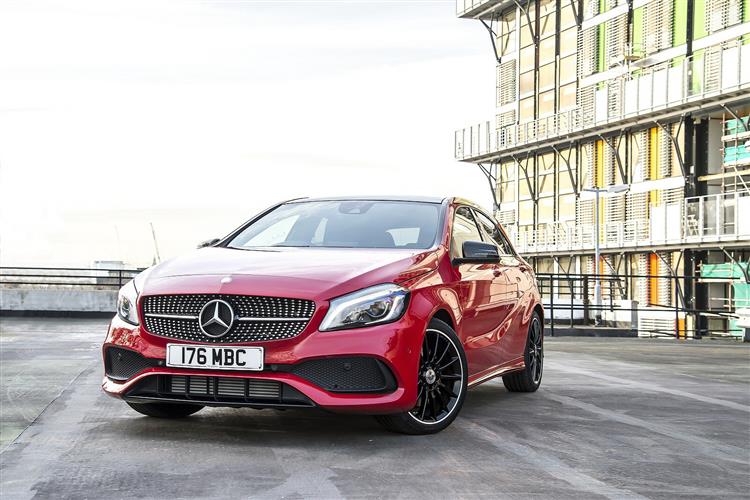